"One Heartbeat Away" by David Pring-Mill, Frequent Contributor

One Heartbeat Away
David Pring-Mill 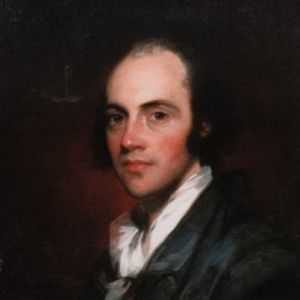 As election coverage continues,
the talking head reminds us:
"Every Vice President
is only one heartbeat away
from the Presidency."

The selected face
prattles on, from there,
but I become stuck, stuck on that phrase
"one heartbeat away."

I am perplexed
by this matter-of-fact measurement,
this way of gauging distance
with a heartbeat.

And now with each lub-dub,
I try to get a sense
of spans to be traversed:
echelons of power,
lengths of time,
and most important of all,
the world! I am only one heartbeat
away from the world...

We all quietly know
society's greatest secret –
this truth of expansive and collapsible time,
in spite of the lies we repeat.
Perhaps if I search
inside my chest
I will find the only reliable metric,
of anything and everything.

Poet's Notes:  In this poem I chose to analyze a turn of phrase that struck me as rather odd. The mentioning of "one heartbeat" in a political context is somehow medical, actuarial, and even poetic, giving the language an unexpected texture. And for me that inspired a broader contemplation about life and time. I should state for the record that I am not referencing any particular election with this poem.

Metaphors are regularly employed in politics, oftentimes as a means of distancing the public from a cold and calculated reality. We talk about putting "boots on the ground" for rhetorical impact, but this also obscures the reality that they're not boots, they're people. They're friends and family members and they are being jeopardized. The risk is not an abstraction and the human element needs to factor into the decision-making process. Politicians use this sort of language quite regularly, from "pork barrel" spending to "grandfather" clauses to "blood and treasure."

Even though I am a writer and a strong proponent of creative literature, I wonder sometimes if literal and lengthy and plainspoken language would lead to a more accurate perception of reality, and if that perception in turn would lead to more accurate decisions and solutions. For instance a commentator introducing the aforementioned phrase "one heartbeat away" is actually making a morbid forecast about the President in question, and is perhaps also diminishing the value and influence that the President has left in him or her, which is ageist. But the commentator escapes the flippant implications of saying "he (or she) is old and might drop dead soon," simply by invoking this careful turn of phrase. Perhaps "poetry" can be dangerous in certain contexts.

Editor's Note:  Vice President Aaron Burr (pictured), infamous for killing Alexander Hamilton in a duel, was "one heartbeat away" from the presidency under Thomas Jefferson.  Scary, isn't it?
Posted by Steven Wittenberg Gordon, MD at 12:26 PM