Review of The Stars Do Not Lie by Jay Lake

The Stars Do Not Lie by Jay Lake is one of the novellas featured in the October/November issue of Asimov's Science Fiction.  A scientist on an alternative earth makes an astronomic discovery of Galilean proportions.

Many spec fic stories fall into the category of humans discovering that they are the descendants of aliens, usually in a "twist" ending that is often all too predictable.  However, while Mr. Lake's story falls into this general category, he informs the reader up front about the "twist" and instead explores the impact that such a discovery might have on society as a whole and on individuals within it.  His interesting characters and institutions are inspired by the Spanish Inquisition, the Masons, and our pioneers of scientific discovery.  Also, there are Zeppelins.

I was forced to read the story in more than one sitting because of my schedule, but only with great reluctance.  When you pick up a copy of this issue of Asimov's, my advice is to skip right to the back of the magazine and read this one first.
Posted by Steven Wittenberg Gordon, MD at 9:08 PM No comments:

My 10-line poem, Lilith, was published today, a bit ahead of schedule, on the website of the Science Fiction Poetry Association (SFPA) http://www.sfpoetry.com/contests/12contest.html .  It won the 2012 SFPA Contest in the dwarf (very short) poem category.

I first learned of the mythology of Lilith several years ago from a rabbi who was giving a lecture on the hidden messages in the Book of Genesis.  According to the rabbi (and others), Lilith (a name having the same Hebrew root as "lila" meaning "night") was created by God to be Adam's wife separately from and as an equal to Adam.  Adam expected Lilith to submit to him (a kind way of saying that she would serve him sexually, probably in an "inferior" position), but she refused.  Incensed and probably humiliated, Adam cried out to God and asked for a new mate.  God obliged by creating Havah (Eve) out of Adam's rib (or ribcage).  Thus, Eve, Adam's second wife, Adam declared was "bone of my bones and flesh of my flesh" (Genesis 2:23).  Lilith was punished by God for her defiance by having to leave Eden and having one hundred of her children killed every day forever.

The myth of Lilith has haunted me from the day that I learned it and raised many questions in my mind.  Who are/were Lilith's children?  How could she be/have been so prolific?  What became of Lilith afterwards?  And, most importantly, who wronged whom in the lover's quarrel between her and Adam?

As followers of my yet-to-be published work set in my fantasy world of Eretz know, Lilith is the antagonist behind the antagonist in that world, the Queen of Demons--the very personification of evil, chaos, and destruction.  She hates all of Creation with a venom.  The poem, however, depicts Lilith in a different light--gives her a somewhat sympathetic backstory if you will--hopefully making the ultimate villain a little bit of an anti-hero.
Posted by Steven Wittenberg Gordon, MD at 7:53 PM No comments:

I am thrilled to report that my fantasy/horror poem, Lilith, has been chosen as the winner of the 2012 Science Fiction Poetry Association Contest in the very short (dwarf) poem category.  Publication should take place in November 2012 on the SFPA website sfpoetry.com and later on the podcast StarShipSofa.com.
Posted by Steven Wittenberg Gordon, MD at 8:12 PM No comments:

"Phone Booth" by Holli Mintzer was posted in Daily Science Fiction on October 19, 2012.  In a world filled with caped superheroes, a man and a woman fall in love.  In her notes, the author reveals that she wanted to write a superhero story for adults that was not hypersexed.  She achieved her goal, I think, but I am not sure it was a worthy one.  Well written and paced, but works better as a romance than a spec fic story.  The surprise twist was predictable, but the MC's reaction to it was not.  6 out of 7 rocket-dragons.
Posted by Steven Wittenberg Gordon, MD at 7:40 PM No comments:

Review of "The New Kid Is No Angel" by James Valvis 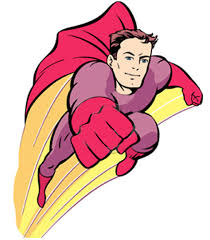 "The New Kid Is No Angel" by James Valvis was posted in Daily Science Fiction on October 17, 2012.  Two boys argue over the relative value of possessing various superpowers.  This very short piece has a twist ending that, I admit, got me.  The author hinted at a deeper meaning to his story in his notes but did not reveal it, nor could I see one, and for that reason I rate it at 6 rather than 7 out of 7 rocket-dragons.
Posted by Steven Wittenberg Gordon, MD at 2:58 PM No comments:

Review of "The Chosen One" by Huston Lowell

"The Chosen One" by Huston Lowell was posted in Daily Science Fiction on October 16, 2012.  Two medical doctors, assigned to find "the chosen one," observe a little boy at play and debate whether or not the boy is the one they seek.  Mr. Lowell gives a thoughtful accounting of what can happen when science and religion collide.  Well-paced and well-written.  7 out of 7 rocket-dragons.
Posted by Steven Wittenberg Gordon, MD at 2:37 PM No comments:

The following poems were published in the October/November 2012 issue of Asimov's Science Fiction:  Three Sumerian Mummies by Peter Simons, Ghosts by Geoffrey A. Landis, The Season by Ken Poyner, and Variations on Twinkle Twinkle Little Star (or Something Like That) by Lola Haskins.  I will review each poem one by one.

Since this is, I believe, the first time I have reviewed poetry in Songs of Eretz, and perhaps even the first time I have reviewed poetry in my life, a few words by way of introduction are in order.  I fancy myself to be a poet of some modest talent.  Over the years, I have written several poems that were successful in that they were variously:  recognized by a contest or other authority as being good, used for a eulogy by the family members of the deceased, cherished as a tribute by a group or club considered most unlikely to appreciate poetry, and successfully used to woo women who otherwise would have been out of my league.

I strongly believe in what has been called "poetic license" and thus tend to be very easy on poets and poetry--so a bad poetry review from me will be rare and therefore should be considered, no kidding, to be a bad review indeed.  For a list of the poetry that I have submitted for publication, please see my blog entry so entitled for the current month.

Mr. Landis' six-line, twenty-three-word poem evokes the cosmic forces of nature and makes a clever analogy between them and the supernatural.  A lot of poem, a lot of message in just twenty-three words!

Mr. Poyner's fifty-three-line poem evokes images of an entertaining B horror film and asks a thought provoking question at the end.  I love poems that end with a question, forcing me to think about what the poet's message might be.

Ms. Haskins' twenty-one-line poem is a delightful play on words, humorous as well as thought provoking.  The structure of this poem could be used to create an entertaining parlor game.

So, overall, I'd say Asimov's is four for four in the poetry department this time.

Posted by Steven Wittenberg Gordon, MD at 12:01 PM No comments:

Review of "Nathan and the Amazing TechnoPocket NerdCoat" by KJ Kabza

"Nathan and the Amazing TechnoPocket NerdCoat" by KJ Kabza was posted in Daily Science Fiction on October 5, 2012.  A nerdy man has a coat with other-dimensional pockets that have an amazing storage capacity.

This story has something for everybody:  hard science fiction, horror, magic, poetic justice, even the chance of romance.  Doctor Who should have a coat such as the one described in this entertaining and memorable tale.  7 out of 7 rocket-dragons.
Posted by Steven Wittenberg Gordon, MD at 8:41 PM No comments:

Review of “The Second Engineer” by Gray Rinehart

“The Second Engineer” by Gray Rinehart is a novelette that was published in the October/November issue of Asimov’s Science Fiction.  The second engineer of a starship believes she is losing her mind when the vessel starts “singing” to her.

Finally!  Here is a good, well-written story from this issue of Asimov’s.  I was beginning to despair after reading its first four offerings.  The space navy elements were detailed and authentic, both in terms of mechanics and military protocol.  The young lieutenant, whose extra-sensory perception results in her ability (whether she likes it or not) to hear/feel the “emotions” or “song” of her starship, is a believable character with whom it is easy to identify and for whom it is easy to cheer.  The plot gradually builds to an exciting climax worthy of Star Trek, and the mystery of the “singing” is explained just enough to leave the reader satisfied but wanting to know more.  I would not mind reading an entire novel, or series of them, set in this world with this character.
Posted by Steven Wittenberg Gordon, MD at 10:36 AM No comments:

Review of "My Mask, Humanity" by D. Thomas Minton 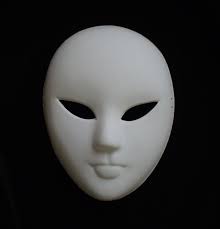 "My Mask, Humanity" by D. Thomas Minton was posted on Daily Science Fiction on September 28, 2012.  Humanity is enslaved by an alien force known only as "The Mistress."  Using genetic engineering far beyond our current capabilities, The Mistress transforms the appearance one of her human slave minions and sends him on a mission to assassinate the leader of the resistance.

This engrossing tale explores what it means to be human and asks if, once lost, can ones humanity ever be redeemed?  The setting of the story is interesting in and of itself, taking place on the colonized moons of Saturn.  And Mr. Minton has created the perfect antagonist for his purposes in The Mistress, about whom he reveals very little--making her all the more creepy and horrifying in the imagination of the reader.  "My Mask, Humanity" is a story I will not soon forget.  7 out of 7 rocket-dragons.
Posted by Steven Wittenberg Gordon, MD at 10:38 PM No comments: