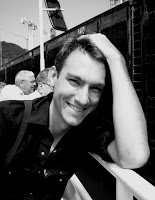 Songs of Eretz Poetry Review is pleased to announce that Frequent Contributor John Reinhart has recently had three poems published in other venues.

“The Butterflies of Traxl IV” is one of only fifteen poems selected out of 1,200 poems submitted for the speculative issue of Pedestal Magazine
http://www.thepedestalmagazine.com/john-reinhart-the-butterflies-of-traxl-iv/.

“Arson with a Smile” appears along with an audio recording in Silverblade, where fellow Frequent Contributor John Mannone happens to be the editor.
http://www2.silverblade.net/2016/11/arson-with-a-smile/.