Poem of the Day: “nocturne” by Ross Balcom

Songs of Eretz Poetry Review is pleased to present “nocturne” by Ross Balcom.  Mr. Balcom is a counselor living in southern California. He is the book review editor of The Person-Centered Journal. In addition to regular appearances in the Songs of Eretz venues, his poems have appeared in Beyond Centauri, inkscrawl, Outposts of Beyond, Scifaikuest, Star*Line, and other publications. 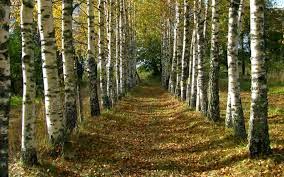 on the edge
of sleep

Poet’s Note:  The sight of some white-barked trees in a local park inspired this poem. When I have the opportunity, I'll read it to them.

Editor’s Note:  I like the eerie atmosphere Mr. Balcom creates here and especially like his choice to go with whiteness rather than darkness.  There is something about whiteness that is much more disquieting than darkness, and he captures that feeling well.  I was reminded a bit of the Sleepy Hollow television series and also of Herman Melville.
Posted by Steven Wittenberg Gordon, MD at 3:45 PM