Poem of the Day: “Companionship” by Mary Soon Lee, Poet of the Week

Songs of Eretz Poetry Review is pleased to present “Companionship” by Mary Soon Lee, Poet of the Week.  A brief biography of Ms. Lee may be found here:  http://eretzsongs.blogspot.com/2015/03/poet-of-week-mary-soon-lee.html.

Fall. Winter. Spring.
The birth of their first child.
Quiet days that quickly slip behind them.
His hand reaching for hers
after supper is cleared. 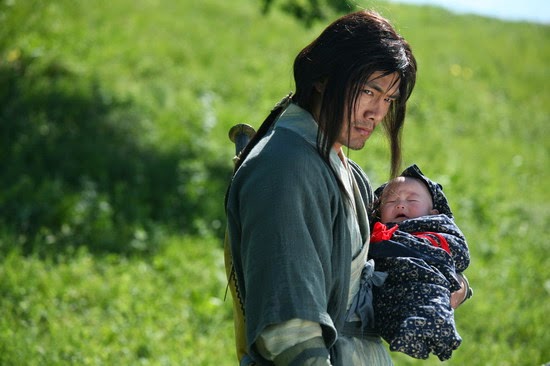 Her arm reaching for him
in her sleep.

A strategic marriage,
a political marriage.
Unasked-for, unnegotiated,
this friendship.

Shazia softly singing to their soft-cheeked son
in her own language, the words unknown to Xau,
but the string of sounds stored in his memory,
so that one night,
far from her,
on the eve of his second war,
he will remember each rolling syllable,
the way she smelled,
his son's hand fisted
round his finger.

Poet's Notes:  “Companionship” is part of my current work-in-progress, a novel-length heroic fantasy poetry sequence. This poem takes place after King Xau's first war and is meant to express the tenderness between Xau and his wife Shazia, a tenderness that extends to their baby son once he is born. Several other poems from the sequence may be read at http://www.thesignofthedragon.com.

Editor’s Note:  What lovely imagery here!  The poet cleverly uses references to all five senses to enhance the emotional impact of the piece.
Posted by Steven Wittenberg Gordon, MD at 5:24 PM