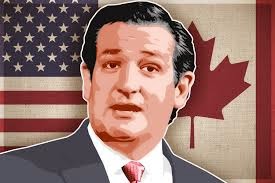 A Cuban fathered Ted
who was born in Canada
to an American mother.
Like that story?  Here’s another:

A Kenyan fathered Barack
who, let’s say, was born in Kenya
to an American mother.
Like that story?  Here’s another:

Legal experts say Ted and Barack
are “natural-born” citizens whether
born in this country or any other
each having been born to an American mother.

So, why all the “birther” fuss?
Shame on US.

Poet's/Editor's Note:  Barack Obama is a self proclaimed Constitutional scholar.  It is unthinkable that he does not know that he would be a "natural-born" citizen by virtue of being born to his American mother, regardless of where his birth took place.  Since Obama has not once made that argument, it is safe to conclude that he knowingly allowed the country to become embroiled in a silly controversy in order to make his birther opponents look silly.  The liberal media, happy to make their ideological enemies look silly, silently went along with the charade.

The birthers and their Republican supporters are equally to blame.  It is unthinkable that not a single one of them knew the truth of the matter according to Constitutional law.  Not even the Heritage Foundation has spoken up on behalf of the Constitution in this matter.  Why?  Politics.  They disagree with Obama's politics and are willing to support any silly cause that might have hurt Obama's chances for re-election or that might lead to his impeachment and removal from office.

Isn't it interesting that Obama's first opponent, John McCain, was not born in the United States either?  Little was made of that by either side.  Even more interesting is how Ted Cruz's birthplace is being handled.  The birther Republicans were quick to change their birther tune (and experience/qualification point of view--but that would be a subject for another essay) when someone with whom they agreed ideologically decided to run for president.

Even more interesting is that the liberal media and Obama administration have not pointed out this recent birther Republican hypocrisy.  One would think that they would pounce on it.  I guess they did the political math and decided that it is too late for Obama and/or the liberal media to make a Constitutionally scholarly argument, as doing so at this point would betray their ongoing collusion in what amounts to a practical joke.

So, as my poem concludes, "Shame on US."  Shame on the United States and every citizen it in--except for me.
Posted by Steven Wittenberg Gordon, MD at 12:41 PM