Poem of the Day: “Mortifying Thoughts” by J. J. Steinfeld

Songs of Eretz Poetry Review is pleased to present “Mortifying Thoughts” by J. J. Steinfeld.  Mr. Steinfeld is a Canadian fiction writer, poet, and playwright who lives on Prince Edward Island. He has published fifteen books, along with five chapbooks, including: Disturbing Identities (Stories, Ekstasis Editions), Anton Chekhov Was Never in Charlottetown (Stories, Gaspereau Press), Should the Word Hell Be Capitalized? (Stories, Gaspereau Press), Curiosity to Satisfy and Fear to Placate (Short-Fiction Chapbook, Mercutio Press), Would You Hide Me? (Stories, Gaspereau Press), An Affection for Precipices (Poetry, Serengeti Press), Where War Finds You (Poetry Chapbook, HMS Press), Misshapenness (Poetry, Ekstasis Editions), A Fanciful Geography (Poetry Chapbook, erbacce-press), A Glass Shard and Memory (Stories, Recliner Books), and Identity Dreams and Memory Sounds (Poetry, Ekstasis Editions). His short stories and poems have appeared in numerous anthologies and periodicals internationally, and over forty of his one-act plays and a handful of full-length plays have been performed in Canada and the United States. 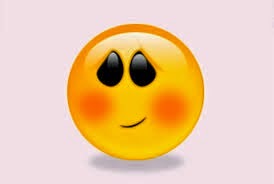 Poet’s Notes:  First of all, let me say it sure is mortifying to be asked to write about a poem written over four years ago. Second of all, I’ll hop into my Muse’s poetic time machine and attempt to describe the formation of "Mortifying Thoughts." I was taking a late-night walk through an outwardly tranquil and orderly neighborhood, my questioning, wandering thoughts hovering between the absurd and the existential, the meaningless and the meaningful, the senseless and the senseful, when a group of disorderly words, not all that pleased with my intrusive presence, seemed to jump at me from all metaphoric sides. I began to gather these words while attempting to reconcile my late-night contradictory thoughts. By the time I returned home, "Mortifying Thoughts" was formed in my mind, and I quickly wrote out the words. Then the real existential grappling began, as I shaped those disorderly words into an orderly albeit mortifying poem.

Editor’s Note:  I love the sardonic humor in this poem, accented by the poet’s adroit use of anaphora.  “Mortifying Thoughts” was first published in the poetry chapbook A Fanciful Geography by J. J. Steinfeld (erbacce-press, Liverpool, UK, 2010) and reprinted in the August 2014 issue of Songs of Eretz Poetry Review.
Posted by Steven Wittenberg Gordon, MD at 5:28 PM