Review of "A Toast" by Ilya Kaminsky 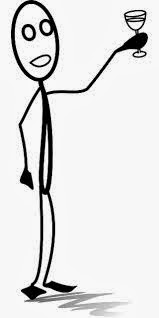 Ilya Kaminsky (b. 1977) teaches at the MFA program at San Diego State University.  He arrived in the United States from Ukraine in 1993 after his family was granted asylum.  Despite being severely hearing impaired, he earned a JD at the Hastings College of Law of the University of California.  He has published two books of poetry, the second of which, Dancing in Odessa, received multiple awards.  Additional information about this poet, including links to some of his other work, may be found here:  http://www.poets.org/poet.php/prmPID/1231?utm_source=PAD%3A+A+Toast+by+Ilya+Kaminsky&utm_campaign=poemaday_030714&utm_medium=email.

The poem is presented in five couplets of free verse followed by a final singlet.  The poem begins as a toast and ends as a prayer.  The hearing impaired poet figuratively lifts his glass to the sense of smell.
Posted by Steven Wittenberg Gordon, MD at 9:17 AM