Poem of the Day: "Elegy in Late Spring" by Timothy O'Keefe

"Elegy in Late Spring" by Timothy O'Keefe was selected as the Songs of Eretz Poem of the Day for March 13, 2014.  A link to the poem may be found here:  http://www.oberlin.edu/ocpress/Books/O'Keefe.htm.

Timothy O'Keefe is an Assistant Professor of English at Piedmont College.  His first book of poetry, The Goodbye Town, was the winner of the 2010 FIELD Poetry Prize.  Additional information about this up-and-coming poet may be found here:  https://www.piedmont.edu/pc/index.php/faculty-directory/1106-tim-okeefe.

I first became a fan of the poetry of Dr. O'Keefe when I saw another one of his poems on the back cover of this month's issue of The American Poetry Review.  For details, please see my post in Songs of Eretz from March 11, 2014 http://eretzsongs.blogspot.com/2014/03/new-poem-snow-flurries-fall-after.html. 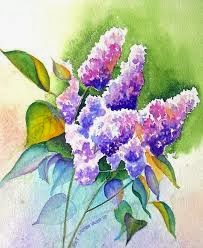 "Elegy" is certainly written in a different style than the poem that first brought O'Keefe to my attention, but a good poet will produce good poetry whatever the style.  The poem is presented in three stanzas.

The first stanza vividly describes a profoundly sad scene of a brother identifying the body of his brutally murdered little sister.  That the victim is the speaker's little sister is apparent, as her "pigtails" are mentioned, transformed from something cute into something ugly--as weapons used in the mechanism of her demise.  I was also struck by the dual use of the word "berry," a fruit the speaker may have once enjoyed picking and eating with his sister, transformed into the "berry-swell" of a bruised neck.

The second stanza tells of a game of freeze tag that the speaker and his sister were playing, presumably on the night of her murder.  The ominous warning of the speaker's father echoes in the head of speaker and reader.  The innocent rule of becoming "frozen" when tagged in the game becomes a metaphor for the sister's last, "petrified," silent scream.

In the final stanza, the poet uses the color lilac to describe that terrible night--a soft, pretty, fragrant, feminine color transformed into something out of a nightmare.  The final line expresses the sense of guilt felt by the speaker, the feeling that it might as well have been he who murdered his sister, all the while flashing a wicked smile.
Posted by Steven Wittenberg Gordon, MD at 9:51 AM