Poem of the Day: "Machines" by Michael Donaghy

"Machines" by Michael Donaghy is the Songs of Eretz Poem of the Day for March 30, 2014.  A link to the poem may be found here:  http://famouspoetsandpoems.com/poets/michael_donaghy/poems/7843. 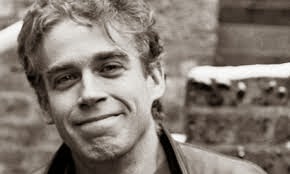 Michael Donaghy (pictured) was born in 1954 in New York and grew up in the Bronx.  His parents were Irish immigrants.  In 1985, he moved to London where he taught at City University and Birkbeck College.  He authored four books of poetry, one of which was a Poetry Book Society Choice and Forward Poetry Prize winner.  He died of a brain hemorrhage in 2004.  Reference to this an additional biographical information may be found here:  http://www.poetryfoundation.org/bio/michael-donaghy.

"Machines" is organized in seventeen lines with three, four, or five feet per line.  The rhyme scheme is nearly ababcdcd &c, excepting the longish ninth line which does not fit, but does divide the poem into eight lines above and eight lines below it. 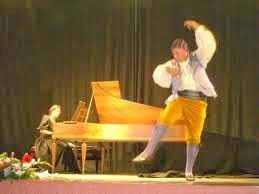 If the opening tercet were left off, the poem would be a kind of sonnet, which causes one to wonder why the sonnet form was not chosen.  As is, the poem is a kind of sonnet with a three-line introduction, opening with "Dearest," as though it were a letter to a loved one.  Perhaps the "dearest" is a loved-one of the speaker, perhaps it refers to the "dear reader."

The poem uses the conceit of comparing an elaborate dance accompanied by a harpsichord to a racing bicyclist riding a twelve-speed bicycle.  In each case, there is a machine and human "players" (two in the case of the harpsichord--one playing the instrument, and another dancing).  As elegant as the machines--instrument and bicycle--are, it is the cyclist who steers and the harpsichordist who plays. 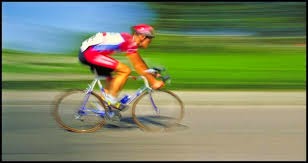 I see the final couplet, though it is not heroic, as a nod to the Shakespearean sonnet form.  Taken along with the last line of the penultimate stanza, a nearly perfect heroic couplet is formed if the final couplet is read as a single line.  The observation expressed--that movement and balance are intertwined--is obvious and yet somehow breathtaking.
Posted by Steven Wittenberg Gordon, MD at 6:12 PM