"C'est La Guerre" by Danniel Schoonebeek was offered by Poet.org's Poem-A-Day on March 6, 2014.  A link to the poem, including the poet's notes, may be found here:  http://www.poets.org/viewmedia.php/prmMID/23900?utm_source=PAD%3A+C%27est+La+Guerre+by+Danniel+Schoonebeek&utm_campaign=poemaday_030614&utm_medium=email.

Danniel Schoonebeek hosts the Hatchet Job reading series in Brooklyn and edits the PEN Poetry Series.  His first book of poetry, American Barricade, will be published in 2014.  More information about this up-and-coming poet may be found here:  http://brooklynpoets.org/poet/danniel-schoonebeek/. 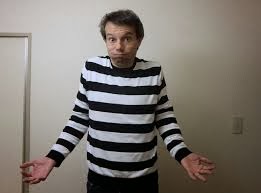 C'est la guerre literally means "it's the war" in French.  Idiomatically, as the poet reveals in his notes, c'est la guerre means something similar to c'est la vie only with more bitterness and resignation.

The poem is arranged in twenty-one lines of even free verse.  Each line is a sentence or fragment and ends with a period.  Anaphora is used throughout the poem, although without obvious added effect.  As I read the poem, I was reminded a little of another Brooklyn poet, Walt Whitman--but the elderly Whitman after his stroke.
Posted by Steven Wittenberg Gordon, MD at 11:46 AM