Poem of the Day: “Woodcutter to the Rescue (or) ‘My, Grandmother, What A Big Mouth You Have’” by Robert Borski

Songs of Eretz Poetry Review is pleased to present “Woodcutter to the Rescue (or) ‘My, Grandmother, What A Big Mouth You Have’” by Robert Borski.  Although he did not start writing poetry until he was well into his sixth decade, Robert Borski has now had over two hundred poems published, a good portion of which have appeared in:  Asimov's, Dreams & Nightmares, The Magazine of Speculative Poetry, and Star*Line. He has been nominated for the Rhysling Award nine times and the Dwarf Stars Award thrice and still lives in Stevens Point, Wisconsin, the town of his birth, where he works for the local university.

Woodcutter to the Rescue
(or)
"My, Grandmother, What
A Big Mouth You Have" 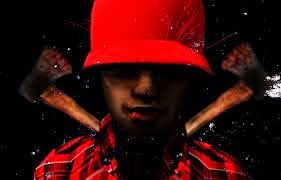 Down comes the blue glint of ax,
the thwack of its bite
echoing deep into the woods.

Oh, please, kind woodsman,
hurry. Before it is too late.

Two more mighty hefts and he
is through: spine has yielded
to force, and splinters
of white bone fly like pieces
of leftover moon.

No sap now begrimes his blade,
but a slurry of blood,
as scarlet as the cloak worn
by the girl.

And then something else
writhes within, and he thinks
the beast is gravid with pups
but from the cloven mass
of hair and viscera no litter
emerges. Instead, a hand
flutters, followed by a raw
head.

You sure took your time, dolt.
You think I like swimming
in this fetid stew?

Wiping off red mire from
her night-dress, the crone
steps out of the beast.

And now I suppose you expect
my granddaughter to yield
to your tick-laden charms.

But as her gabble gives way
to further invective, he hears
a latent whimper from the ax-bitten
thing below and thinks of the dog
he had as a boy; a mastiff that
went to the death protecting
him from a surprised bear.

It's a fonder memory than this
will ever be. So as the trees
frame his own belated howls,
he raises, then lowers, the ax
again and again and again.

Poet's Notes:  Many of my poems play off popular fairy tales, not only helping to create an instant and well-known back-story, but also allowing me to put my own post-modern spin on them. I especially like the fact that many of the originals are not politically correct and end grimly (no pun intended)--elements I like to incorporate whenever possible. Hence "Woodcutter to the Rescue," with its echoing subtitle drawn right from the tale itself.

Editor’s Note:  I do enjoy a well-written re-telling of a familiar fairy tale, especially one that provides something deliciously new and twisted.  Mr. Borski understands that the original versions of the old household tales were not meant for children--except for maybe the naughty ones.  "Woodcutter to the Rescue" was first published in the August 2013 issue of Songs of Eretz Poetry E-zine.
Posted by Steven Wittenberg Gordon, MD at 9:21 PM