Current Events Poetry: "To Pence" by the Editor 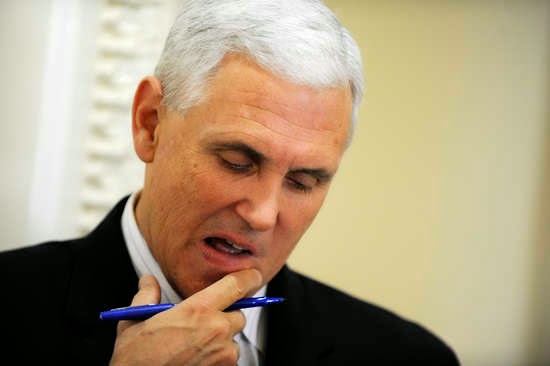 Religious freedom is sound and wise,
but beware bigotry in disguise,
for hidden behind religion’s cloak
discrimination may lurk ‘gainst “certain” folk.

Editor's/Poet's Notes:  "To Pence" is my "two pence" on the Religious Freedom Restoration Act that was recently enacted and swiftly modified in Indiana where Governor Pence reigns.  As someone on a recent episode of Red Eye commented (I paraphrase), "The law should have been called the Religious Freedom Restoration So We Can Legally Discriminate Against Homosexuals Act."  Businesses in the public sector should not be allowed to use religion as an excuse to discriminate against those seeking their goods or services.  The Nazis did that to the Jews.

The above notwithstanding, as was also pointed out on a recent episode of Red Eye, the backlash against Indiana was misplaced.  Even if the RFRA would have allowed discrimination against the gayly married, it is interesting and worthy of note that couples at least can be legally gayly married in Indiana.  Thirteen other states have gay marriage bans.  Why weren't those states the focus of the outrage?  I believe the answer is sad but simple:  politics.
Posted by Steven Wittenberg Gordon, MD at 12:08 PM