Poem of the Day: “The River” by Ross Balcom

Songs of Eretz Poetry Review is pleased to present “The River” by Ross Balcom.  Mr. Balcom is a counselor living in southern California. His poems have appeared in Outposts of Beyond, Scifaikuest, Star*Line, as well as numerous times in Songs of Eretz Poetry E-zine & Review. 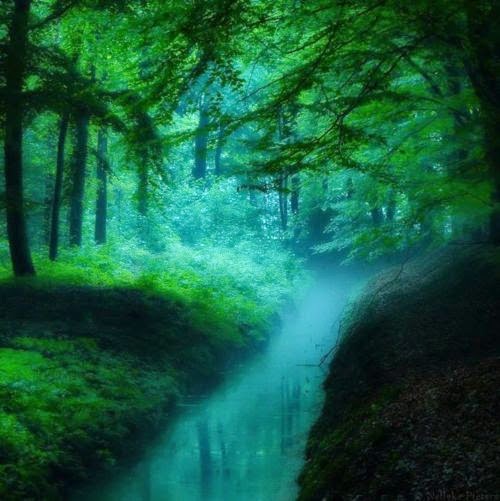 I dreamt this river
into being.

I needed the passage of water
and of time.

I needed the sight of trees
and plundered villages
on the shore.

I needed a mossy bank
on which to rest my head.

I needed a moment
to remember you.

I needed a river
to be my voice.
A river to say,
I didn't mean to kill you.

I needed a river
to wash the blood
from my hands.

A river to dissolve me.

I pray
I never was.

I pray
this river

dreamt me into being.

Poet’s Notes:  This poem reflects my interest in the psychology of guilt. I conceived it while walking the Santa Ana River Trail in Orange County, California. I frequently walk the trail, and the river and I have become close friends.

Editor’s Note:  “The River” opens with a quiet, pastoral quality leading to the shocking revelation midway.  The tone then becomes haunting, and the twist at the end with the dream conceit is breathtaking.  Balcom’s use of anaphora moves the poem along nicely--like a river.  "The River" was first published in the February 2014 issue of Songs of Eretz Poetry E-zine.
Posted by Steven Wittenberg Gordon, MD at 7:21 PM