Poem of the Day: “God: The divine apostrophe” by James Frederick William Rowe

Songs of Eretz Poetry Review is pleased to present “God: The divine apostrophe” by James Frederick William Rowe.  Mr. Rowe is an author and poet out of Brooklyn, New York, with works appearing in:  Heroic Fantasy Quarterly, Big Pulp, Tales of the Talisman, Bete Noire, and Andromeda Spaceways Inflight Magazine, as well as frequent appearances in the Songs of Eretz venues.  He is pursuing a Ph.D. in philosophy, is an adjunct professor in the CUNY system, and works in a variety of freelance positions.  Contact him at http://jamesfwrowe.wordpress.com. 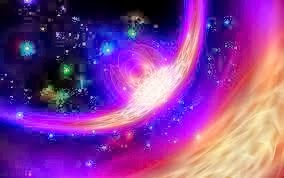 Poet’s Notes:  This poem has its roots on the subway and in conversation with Gaby Kappes.  I was riding along the elevated tracks of the Culver Viaduct on the F-Line in Brooklyn while texting her my displeasure of how it is viewed as anachronistic to employ apostrophes to indicate a dropped syllable in words ending with –ed.  I had been reading my collection of Keats, and it was his habit to mark all words ending in –ed that he intended to be read without –ed being its own syllable with a 'd instead of -ed.  As I have written poems where the pronunciation of words ending in –ed in one way v. the other is necessary for the meter, I dubbed the apostrophe divine while I complained about how it would be fruitless to compose poems with such an archaic usage of the apostrophe. The end result was that—though I don't use a single apostrophe in the poem—my complaint inspired me to write a poem uniting the concept of the apostrophe to God.

The original version of this poem was much longer; however, upon suggestion of Dr. Gordon, I decided to pare it down to the first three lines, and make it what I dubbed an "inverted heterodox haiku" of 8-6-8.  The theme of the poem is the distilled essence of the longer version, where God is viewed as that which can contract the otherwise unbridgeable gap of the finite and infinite, just as the apostrophe contracts words.  Being both transcendent and imminent, God has it within Him to do what cannot otherwise be done in this regard.  It also seems somehow fitting that a poet and philosopher would conceive of God as a punctuation mark.

Editor’s Note:  In my role as an editor, I have read many good poems that contain great poems within them.  Such was the case, in my opinion, with Mr. Rowe’s original poem.  The twelve words printed here, comprising the opening three lines of the original, contain a distilled, crystallized message with a profound impact and a powerful, electrifying voice.
Posted by Steven Wittenberg Gordon, MD at 6:28 PM