Poem of the Day: “Leaving Alone” by Chrystal Berche

Songs of Eretz Poetry Review is pleased to present “Leaving Alone” by Chrystal Berche.  Chrystal Berche writes.  She writes about hard times and troubled times.  The lives of her characters are never easy, but then what life is?  For her, the story is in the struggle, the journey, the triumphs and the falls. She writes about artists, musicians, loners, drifters, dreamers, hippies, bikers, truckers, hunters, and all the other things she knows and loves. Sometimes she writes urban romance, and sometimes it’s aliens crash landing near a roadside bar. When she isn’t writing, she’s taking pictures or curled up with a good book and a kitty on her lap. 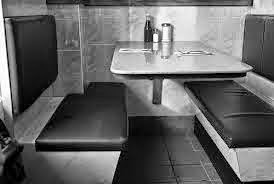 I wait for you

When the black leather seats of the diner

Are no longer plush

I watch for you in

Through fields of blooming clover

For the aged silver bus

To ride on by

In beads and braids

Hanging out the window

In the pounding rhythm of a country

From all that is holy

On the old highways

Of what made us gods

Where Jazz is dead 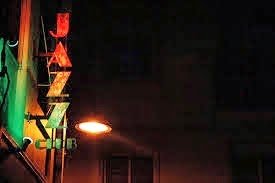 And blues are the swirling neon

Of too many bars

Pretending there is nothing wrong

That says come in empty

Poet’s Notes:  “Leaving Alone” was penned during a drive down the East Coast that began in Massachusetts and ended in Tennessee. Along the way I encountered an old diner and the remains of a burned out hippy bus and I started to wonder what the country must have seemed like in seventies, while my dad was hitching coast to coast and meeting all kinds of people. As I sat having breakfast in the weathered diner, looking at the people there, wondering what their stories were, if they had experiences like my father had on the road, the poem began to come together as I imagined someone waiting for a lover, or a friend who never came through those parts again, the changes they must have witnessed, the memories they must have had, and the disappointment of knowing that time was over.

Editor’s Note:  I was captivated by the short, staccato stanzas, narrative style, and haunting imagery of this poem.  “Leaving Alone” was first published in the August 2014 issue of Songs of Eretz Poetry E-zine.
Posted by Steven Wittenberg Gordon, MD at 8:56 PM