Songs of Eretz Poetry Review is pleased to present “To Practice Pure or Not To Practice Pure, That Is the Question” by John F. Hunt, MD.  Dr. Hunt is the co-founder of Trusted Angels Foundation--a non-profit that works for children in Liberia, West Africa. He is a pediatrician, pulmonologist, and allergist/immunologist.  He recently resigned his tenure as an Associate Professor at the University of Virginia. Dr. Hunt received his B.A. in Geology from Amherst College, and his M.D. from George Washington University School of Medicine. He served in the Navy. He feels a strong personal responsibility to serve children. Dr. Hunt is the author of Higher Cause and Assume the Physician. He lives in Virginia. 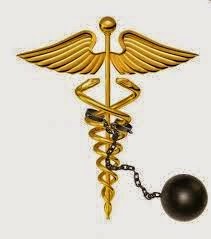 Whether 'tis nobler in the mind to suffer
The slings and arrows of outrageous mandates,
Or to take arms against a sea of troubles,
And, ‘though opposing, fail to thwart them?
To practice free: to practice pure—no more;
and by a Practice Pure to say we end
The heartache and the thousand unnatural laws
‘They’ thrust upon us.
'Tis a consummation devoutly to be wish’d.
To practice pure, to care;
To care, perchance to think.
Aye, there's the rub,
For in that time to think, what insights may come,
Before we shuffle off this mortal coil,
Must give us pause.
There's the respect that makes calamity of past dedication:
For who would bear the whips and scorns of prevailing practice,
The Oppressor's demands, the Insurance Company’s contumely,
The pangs of despised Rules, the Payor’s delays,
The insolence of Administrators, and the spurns
Their Patients merit not, yet suffer from the unworthy takers,
When he himself might his departure make
With a bare penstroke?
Who would, these burdens, bear,
To grunt and sweat under a weary life,
But those who dread that a Practice Free and Pure—
The undiscover’d country from whose bourn
No traveler desires to return—would perchance fail fiscally to supply,
And makes us rather bear those ills we have,
Than fly to imbursement that we know not of.
Thus Cowardice does defeat the Conscience of us all,
And the native hue of resolution
Is sicklied o'er with the pale cast of fear,
And enterprises of great truth and moment
Are deferred, their import denied,
And so fail to gain the result of action….
…Soft you now, the fair Profession?
Hippocrates, in thy entreaties
Be all my dreams remembered.

Citation:  Shakespeare, William. The Tragicall Historie of Hamlet Prince of Denmarke. As it hath beene diuerse times acted by his Highnesse seruants in the Cittie of London : as also in the two Vniuersities of Cambridge and Oxford, and else-where [The "First Quarto"], pp. 35 ff. Nicholas Ling & J. Trundell (London), 1603. Reprinted as The First Edition of the Tragedy of Hamlet: London, 1603. The Shakespeare Press, 1825.

Poet’s Notes:  Hamlet is a character struggling with second-guessing. I don't second-guess. As I watched the medical system become increasingly controlled by administrators and politicians in a process that in the nicest terms can be described as crony-corporatist, I knew that I had to find a different way to practice a profession I had spent so long learning.

My revisions of Hamlet's soliloquy present the struggle of the moral thinking physician who has an ideology of voluntarism, is unaccepting of coercion, and who is trying to find a way through the legal and financial hurdles that stand in the way of providing moral (honorable) health care to his patients. The system seems beyond correction. It has momentum; it has the power of ill-conceived law behind it.

I was unwilling to accept money in exchange for dishonorably working for such a bad system as exists now in the United States. Other doctors are not as idealistic, but they struggle too.  I couldn't stay in the horrible system that causes so much hardship, raises costs beyond reason, and transfers power from the patient to the health insurance companies and to the government. It would be wrong to stay part of the system.

For me, freedom was the answer.  I left. I now seek other ways to serve and use my skills that have nothing to do with third party health financing, nothing to do with the moral hazard that has destroyed any common sense in medical financing, and that has been somewhat worsened by Obamacare, which now not only subsidizes health insurance, but forces us to acquire the damned financial product—the same product that has caused all the trouble in the first place.

Insanity hits societies and tears them down. Some say that Rome was weakened by lead poisoning. America has been decimated by the mental infection of collectivism.

Editor’s Note:  John and I were classmates at Amherst College and received our baccalaureate degrees there in the same year, now over two decades past.  We were both pre-medical students and sang in the Men’s Glee Club--he with the baritones, I with the basses--but belonged to rival small a capella singing groups.  We were more friendly acquaintances than friends back then, and we lost touch after graduation until about four years ago.

Turns out, John and I have more in common than our medical degrees, veteran’s status, and love of glees.  We both are concerned with the direction in which the American medical system is heading.  John is absolutely right in that comprehensive health insurance and progressive government policies are the problem with, not the solution for, our crisis in health care.

Unlike his classmate, John dropped out of the medical profession almost entirely, willing to pay the price for freedom, unwilling to participate in an inherently evil system.  An incredibly bright individual, he is trying to make a go of it as a full-time writer.  That takes guts.  However, it is still a shame that his medical education, training, and experience languish.

"To Practice Pure or Not To Practice Pure, That Is the Question" first appeared in Student Doctor Network.  It was later reprinted in the May 2014 issue of Songs of Eretz Poetry E-zine.
Posted by Steven Wittenberg Gordon, MD at 7:40 PM