Poem of the Day: “My Purple Tie” by Marge Simon

Songs of Eretz Poetry Review is pleased to present “My Purple Tie” by Marge Simon.  In addition to frequent appearances of her poetry in the Songs of Eretz venues, Ms. Simon's poetry, fiction, and illustrations have appeared in publications such as Strange Horizons, Niteblade, Daily Science Fiction Magazine, Pedestal, and Dreams & Nightmares. She is a former president of the Science Fiction Poetry Association (SFPA) and has served as editor of Star*Line, its journal. She won the Rhysling Award for Best Long Poem in 1995. She edits a column for the Horror Writers Association (HWA) Newsletter, "Blood & Spades: Poets of the Dark Side" and serves as Chair of the board of trustees.  She won the Strange Horizons Readers Choice Award in 2010 and the Dwarf Stars Award in 2012.

In addition to her poetry, she has published two prose collections: Christina's World, Sam's Dot Publications (2008) and Like Birds in the Rain, Sam's Dot (2007). She was awarded the Bram Stoker for Best Poetry Collection twice (2007 & 2012). Both of her 2011 poetry collections, Unearthly Delights and The Mad Hattery were Stoker finalists. Elektrik Milk Bath Press published a collection with Sandy DeLuca, Dangerous Dreams, in 2013.  She is an active member in the HWA, Science Fiction & Fantasy Writers of America (SFWA), and SFPA.  Find out more about Ms. Simon at www.margesimon.com. 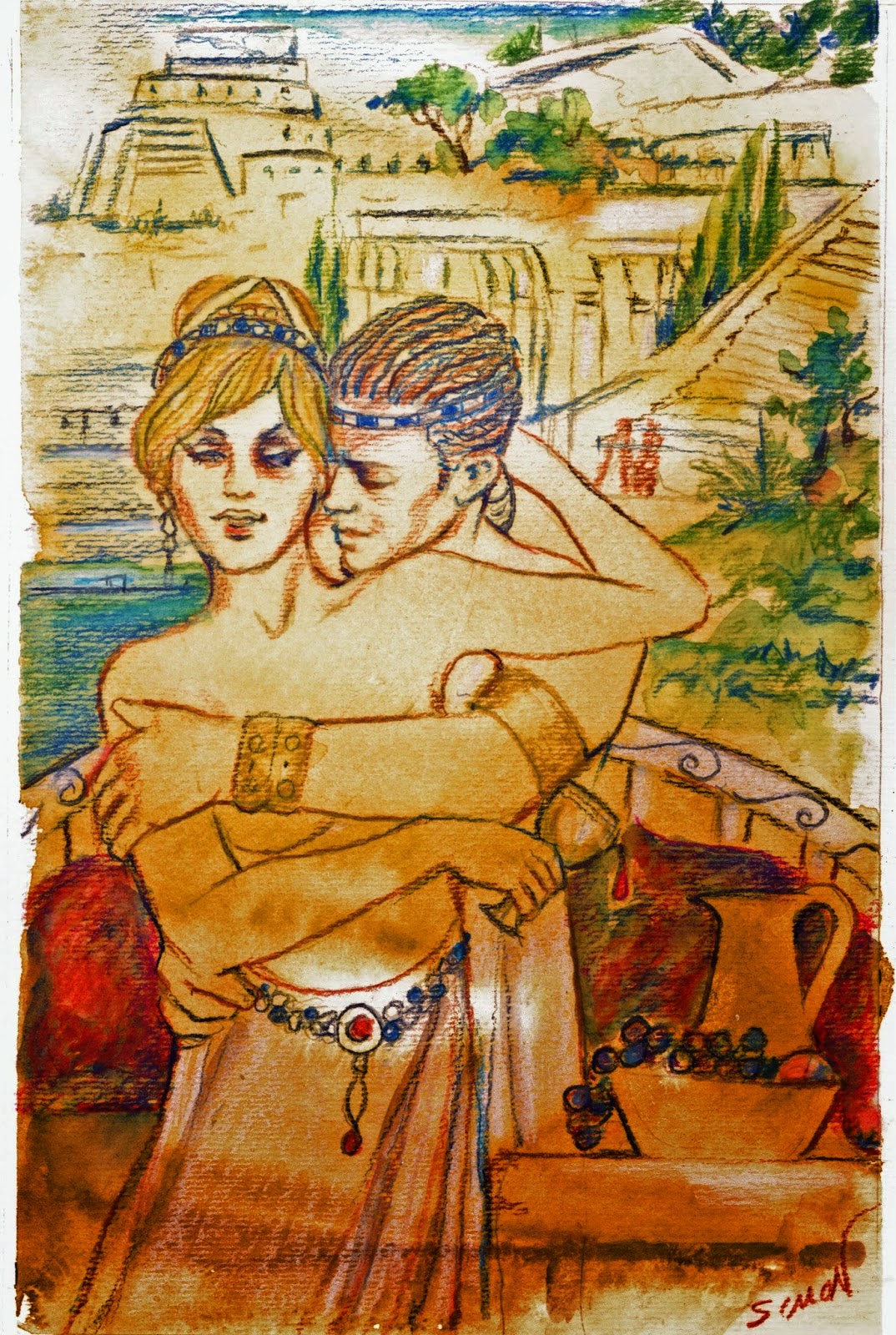 A crowd of flies
haunts the drawing room.
Brown spots on peaches
in a room of scorched music
and uncommon speech.

She admits she ran off with me
for my teeth and my purple tie.
A woman always bends
toward a strong man, she says.

I grip the glass too tightly.
Poor you, she says, ministering
to my wound with tweezers
and a handkerchief of tears.

The skin around her eyes
like cracks in Wedgewood china,
so many lifts and still she’s down.
I’ll paint her in the nude,
careful to erase the years.

It wasn’t a dream,
her dusky violets dying,
all bitterroot and weed.
Is it anyone’s fault, after all,
her fantasies inside a story
with somebody else’s name?

So I suspend my disbelief
when she comes to fill my glass
in this world of flagrant lies,
where the canvas is empty
but the paint is real.

Poet’s Notes:  Have you ever been with a crowd of unbearable bores? People who are way too full of themselves, living in their own little world of pretense, chatter, and backstabbing?  That's the place the guy who has the purple tie and good teeth finds himself. Her being older didn't matter.  She's well off, and he needed a woman with money. This poem explores what he really thinks of it all. Poor guy. Will he leave her?

Editor’s Note:  My father (may his memory be a blessing), who was quite dashing in his day, used to talk about “the painted whore,” a colorful epithet that he employed to describe the many women who flirted with him at parties, for he had eyes only for his wife, my mother.  This poem reminded me of my Dad, although his ultimate response to “the paint” on his would-be mistresses was the opposite of that of the man with the purple tie.

“My Purple Tie” first appeared in Pedestal in 2005 and was reprinted in Songs of Eretz Poetry E-zine in January 2014.  The graphic that accompanies today’s feature is an original illustration by the poet.
Posted by Steven Wittenberg Gordon, MD at 6:31 PM