Poetry Review Special Feature: "It Blinks To Me" by Dusty Wallace

Songs of Eretz Poetry Review is pleased to present "It Blinks To Me," a previously unpublished poem by Dusty Wallace.  Mr. Wallace lives in the Appalachians of Virginia with his wife and two sons.  He enjoys reading, writing, and the occasional fine cigar.  He is a Science Fiction Poetry Association (SFPA) member with poetry published in Star*Line and Mystic Nebula.  His fiction can be found in ARES Magazine #2, Mad Scientist Journal, and Apokrupha: Vignettes at the End of the World.  You can follow him on twitter @CosmicDustMite, or on his blog DustyVersion.blogspot.com, or check him out on Amazon:  http://www.amazon.com/Dusty-Wallace/e/B00JCZ89VG/. 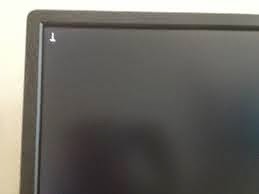 It Blinks To Me
Dusty Wallace

Your blinking looks strange, Caret.
Is that morse code?
Are you sending me a message?
Can you read these words?

Oh Caret, how I wish you’d respond.
You and I share so many lonely nights.
We stare at each other for hours.
Together we’ve created marvelous things.
And a few things that were awful.

If I knew how, I’d free you Caret.
Free you from my word processor,
give you new dimensions.
We’d frolick in the sun.
We’d go to the movies.
We’d adopt a cat.

Alas, I fear it will never be.
You are a text cursor and I am a person.
Cursed are we, doomed to solitude.
Yet my heart burns for you, Caret.
Does your heart burn for me?

Poet's Notes:  Human/A.I. relationships have been plentiful in popular fiction, television, and film of late.  Her directed by Spike Jonze, TV's Almost Human, and Ann Leckie's award-winning novel Ancillary Justice are just a few examples.  But the piece of technology I spend most of my time with is my laptop--more specifically, the word-processing program on my laptop.  Sometimes I'm able to keep my cursor (also called a caret) speeding along, producing fiction and poetry at a workmanlike pace.  Other times my screen is blank save for that blinking vertical line.  So instead of another serious effort to marry human emotion with futuristic software, I thought I'd pen a love letter to my most loyal of suitors, the blinking cursor.  The poem itself is free form and with any luck will induce a chuckle or two with its melodramatic longing.

Editor's Note:  Mr. Wallace's conceit of an AI as a real, emotional being is hardly a new idea, but he presents it with such whimsy that it feels like one.  I was reminded of Electric Dreams, an early example of the concept and a film that to this day has a profound influence on me.

If you enjoyed this example of Mr. Wallace's work, you would also enjoy his poem "Commander in Chief" which appeared in the February 2014 issue of Songs of Eretz Poetry E-zine (Volume 1, Issue 4).  It may be found in the e-zine archives http://eretzsongs.blogspot.com/p/e-zine_4.html.
Posted by Steven Wittenberg Gordon, MD at 12:33 AM