Poem of the Day: "The Well Rising" by William E. Stafford, Poet of the Month 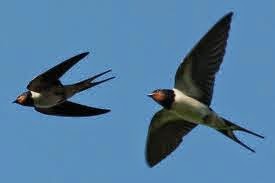 The Songs of Eretz Poem of the Day for July 21, 2014 is "The Well Rising" by William E. Stafford, Poet of the Month.  In addition to the reviews this month, Mr. Stafford's work has been reviewed previously here:  http://eretzsongs.blogspot.com/2014/04/poem-of-day-once-in-40s-by-william.html, where a brief biography and references may be found.  The text of "The Well Rising" may be found here:  http://www.poetryfoundation.org/poem/180209.

Having studies both poets, I continue to find similarities between William Wordsworth and William Stafford beyond their identical first names.  Wordsworth was fond of the traditional ballad.  Stafford's "The Well Rising" is balladic in form, organized in quatrains with four feet in every odd line and three in every even line.  The odd lines rhyme; the even ones end in consonance.  The theme is pastoral, as are practically all of Wordworth's poems, and, also as seen with Wordsworth, speaks to the inspiration that may be found in nature and the awe with which nature should be treated.