Poem of the Day: "At the Bomb Testing Site" by William E. Stafford, Poet of the Month 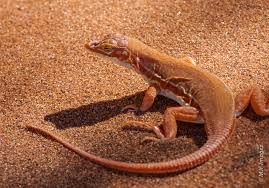 The Songs of Eretz Poem of the Day for July 23, 2014 is "At the Bomb Testing Site" by William E. Stafford, Poet of the Month.  In addition to the reviews this month, Mr. Stafford's work has been examined previously here:  http://eretzsongs.blogspot.com/2014/04/poem-of-day-once-in-40s-by-william.html, where a brief biography and references may be found.  The text of "At the Bomb Testing Site" may be found here:  http://www.poetryfoundation.org/poem/171499.

Millions of years ago, our tiny mammalian ancestors lurked in the shadows as the age of dinosaurs came to a cataclysmic end.  In "At the [Nuclear] Bomb Testing Site," in an ironic twist, a lizard--a descendant of the dinosaurs--waits for the self destruction of mankind--the descendants of the tiny mammals.
Posted by Steven Wittenberg Gordon, MD at 6:07 PM