Was Bram Stoker a Feminist? An Essay on Dracula 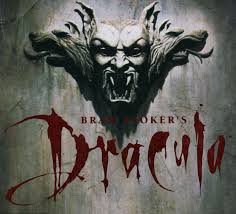 The following is an essay that I submitted as part of the MOOC Fantasy and Science Fiction:  The Human Mind, Our Modern world offered by the University of Michigan.


Could Bram Stoker have been a feminist?  In Dracula, Mina at first appears as a typical Victorian woman, but as the story unfolds she is transformed into a thoroughly modern woman even by today’s standards.

Dracula was published during the Victorian Era and set in London, England.  The women of that time and place were expected to be meek and mild and in need of male protection if not domination.  They were expected to suppress their sexuality to the point of practically denying it altogether.  At the same time, they were expected to make themselves into objects of male adulation.  At first, Mina perfectly fit this period stereotype.

However, once Dracula begins to prey upon Mina, she becomes the de facto leader of the band of vampire hunters.  Her telepathic link to Dracula allows the team to track the enemy, and it is safe to say that without Mina’s brave intrusions into the vampire’s mind, the team’s mission would have failed.

The end of the story depicts Mina as nothing less than a swashbuckling hero.  With her own hand, she drives a horse and carriage across Europe in pursuit of a deadly enemy.  That any woman of the Victorian Era let alone one of high social standing would do such a thing was unthinkable.  In addition, Mina is armed with a revolver, which she does not hesitate to brandish in a way that makes it obvious that she means business--again, such a thing would have been unheard of in her epoch.

At the climax of the novel, the armed and dangerous Mina recounts in her journal, “...the ardour of battle must have been upon me...; I felt no fear, but only a wild, surging desire to do something.”  Such a statement could easily have come from Angelina Jolie in Tomb Raider.  We see that Bram Stoker has transformed Mina from feminine to feminist.

Source:  Dracula by Bram Stoker with an Afterward by Jonty Claypole
Posted by Steven Wittenberg Gordon, MD at 4:53 PM

Email ThisBlogThis!Share to TwitterShare to FacebookShare to Pinterest
Labels: Reading