Review of "Only a Dad" by Edgar Guest

"Only a Dad" by Edgar Guest was offered by Poets.org's Poem-A-Day on October 12, 2013.  The poem is in the public domain and therefore is legally reprinted here.  Edgar Guest (1881 - 1959) was a British born American poet thought to have composed about 11,000 poems in his lifetime.  He was known as "The Poet of the People" owing to the simple, everyday nature of his subject matter.  A more detailed biography may be found here: 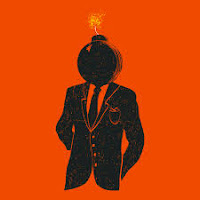 True to the style for which he was known, "Only a Dad" is a simple rhyme that really requires no close reading to understand.  The sentimental idealization of the perfect working father depicted is straightforward enough.  It is also complete hogwash.  With few exceptions, a father such as the one described by Mr. Guest would be miserable.  Outwardly, perhaps he would appear happy and collected.  Inwardly, he would be a ticking time bomb.