Review of "The Magpie's Shadow" by Yvor Winters

"The Magpie's Shadow" by Yvor Winters was offered by Poets.org's Poem-A-Day on October 19, 2013.  A link to the poem may be found here:

The poet and critic Yvor Winters (1900 - 1968) was a member of the Stanford English Department from 1928 until his death.  He published numerous books of poetry and literary criticism.  A more detailed biography may be found here: 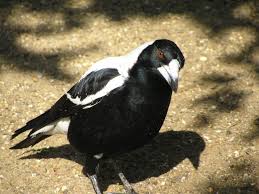 The poem is divided into three parts (In Winter, In Spring, & In Summer and Autumn) and, is comprised of short stanzas of generally two but occasionally three lines.  The first line of each stanza is italicized and acts like an internal title for each.  Every stanza could easily stand alone as a poem in its own right.  The feeling evoked when reading the poem is similar to that experienced when reading a series of linked haiku--snapshots of image, thought, and emotion.
Posted by Steven Wittenberg Gordon, MD at 1:26 PM