"The Poet" by Vivian Finley Nida

A retired teacher of English, Creative Writing, and Advanced Composition, Nida is a Teacher/Consultant with the Oklahoma Writing Project affiliated with the University of Oklahoma.  She holds a BA in English and an MS in Secondary Education from Oklahoma State University and studied fiction and poetry at the University of Central Oklahoma.  She has served on the advisory committee of Oklahoma City University’s Center for Interpersonal Studies through Film and Literature since its inception in 1997.

Nida’s work has appeared in the Oklahoma Writing Project Centennial Anthology, Oklahoma English Journal, and Westview:  Journal of Western Oklahoma.  She is a reader and workshop leader for The Mark Allen Everett Poetry Series of the University of Oklahoma this year.  Nida lives with her husband in Oklahoma City where she volunteers her time leading weekly writing workshops in the local school system. 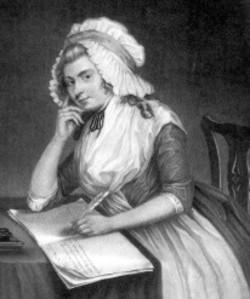 Listen to the hands
Cradling the lullaby
Securing the world

lemonade stands, coins clinking
jump rope, hopscotch
all on the sidewalk in bare feet
until the sun turns the concrete
into a game of hot potato

She moves to a time before her time
hears Shakespeare reciting and agrees
Sometime too hot the eye of heaven shines
Like a sonnet, she needs rhythm
A pattern to get started

a solution to finish
Order takes her hand
She holds her pen like a gavel
taps her paper, declares
“Writing is in session”

As she writes, she smooths lotion
on the soul, bemoans a sandy heart
unlocks wild places, avoids
the exit sign, prays for more time
to sit at the table

Poet’s Notes:  I have read Jane Hirshfield’s “The Poet” in The Lives of the Heart numerous times because it is one of my favorites, and recently shared it with a member of my writing group.  Hirshfield begins by describing the room where the poet writes, and that reminded me of an exercise I wrote for creative writing students and shared at a National Writing Project conference.  I designed it to help people reflect on themselves as writers and to use the writing process to produce poetry that mirrors individual writing habits.

The exercise has twenty requirements.  The first is to put writers in the place they write.  Others include using a flashback, a quote, dialogue, the five senses, and other poetic devices.  My writing colleague and I decided to complete the exercise and gave ourselves thirty minutes, the approximate time one would have in class or in a conference session.  I felt satisfied with the bare bones but wanted fresh images to flesh it out.

For that, the two of us turned to “Translations: Idea to Image” by Carol Muske in The Practice of Poetry edited by Robin Behn and Chase Twichell.  Muske asks the writer to list images associated with abstract nouns, which we did.  Next we looked through magazines and copied words and phrases we liked.  Then, other commitments infringed on our writing time together, but I continued.  Lotion, sandy heart, gavel, and exit found their way to my page, but before I could add them to the poem images from the exercise took control, and haiku accumulated.  I titled one “Poetry” and then returned again to complete the reflective exercise, “The Poet.”

I liked the finished product and wanted to send it and the haiku to the Songs of Eretz poetry contest; however, I did not think a haiku would be suitable.  I took that question to my writing group.  They asked if I could incorporate the haiku into the longer poem, and I knew the answer was yes.  That solved the problem.  The haiku became the first three lines of the poem.  The poet needed a pattern to get started and a solution to finish.  The haiku provided both.  I hope readers enjoy the reflection of this poet who views language as our greatest gift.

Editor’s Note:  This bit of ars poetica comes across as genuine, as a real description of the poet's craft, presumably Nida’s, but it could be any poet.  I love the way Nida plays with time here, back and forth between deeply held memories and the present.

Comments from Contest Judge Caryn Mirriam-Goldberg, PhD:  I very much appreciate all the requirements the poet adhered to in order to land in a new place, and the good news is that I couldn't detect, on first reading, that this poem followed so many requirements (always good when the poem holds its own this way). I also found the vividness of the scene compelling, and the humor welcome (“Writing is in session”). The last three lines -- “unlocks wild places, avoids/ the exit sign, prays for more time/ to sit at the table” -- speak to so much at once about time, what's beyond our domestication, and the call to create, and in the process, feel more alive.
Posted by Steven Wittenberg Gordon, MD at 11:09 AM