Wolvovitz is retired from the practice of law during which time she specialized in civil rights and tenants’ rights litigation. She was a former Executive Director of Pittsburgh’s ACLU and a recipient of the Susan B. Anthony Award from the Western PA Women’s Bar Association.  She once taught in the Sociology Department of the University of Pittsburgh, the Social Sciences Department at Carlow University and in Carnegie Mellon University’s OSHER program.

After leaving law and teaching, Wolvovitz started writing poetry. In 2013, she began participating in poetry workshops in the Madwomen in the Attic program at Carlow University. Her poems have been published in: Pittsburgh Post-Gazette, Pittsburgh City Paper, Chapter and Verse, Voices from the Attic, and Rune Literary Journal 2014. 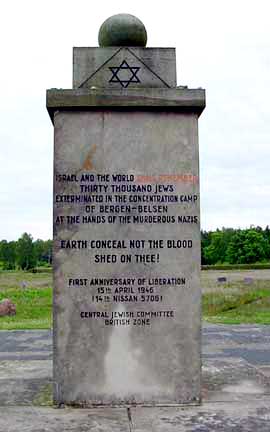 My private Polish guide stops
behind the crematorium, not
on the regular tour of yesterday.

Why did we stop here? She looks down
at the dirt, moves her foot to stir it up,
gray and white, miniscule fragments.

Remains of bone and teeth,
she tells me, not fully burned,
thrown here and barely covered.

I try to imagine

sitting around the table,
the Carpathian mountains
in the distance.

Poet’s Notes:  I grew up hearing about “The War,” but my parents would not answer my questions. I saw numbers tattooed on my relatives’ forearms. It was not discussed. Not until I was much older did I learn about the Holocaust’s impact on my extended family – family members I didn’t know and never could.

When I was thirteen, my father gave me a letter to mail. Instead of mailing it directly, I opened and read it. The letter requested reparation payments from the German government for damages resulting from my parents’ confinement in numerous concentration camps, including Auschwitz and Bergen-Belsen.

In 1984 I visited my parents’ village, Iza, in the then Soviet Union; no Jews remained. After visiting Iza, I went to Auschwitz and Bergen-Belsen. On a private tour, the guide took me behind the crematorium at Bergen-Belsen, stirred the dirt with her foot and pointed to tiny fragments. She explained that they were incompletely burned bits of bone and teeth. This image haunts me.

Editor’s Note:  My grandparents and many other relatives met a similar fate at the death pits of Ponar, so I find this poem particularly moving.  This is a powerful piece that works both as elegy and anthem, as personal tragedy and as metaphor for the tragedy of an entire people.  It is at once gruesome and poignant, depressing and hopeful.

Poems such as this are painful to write, and I applaud Barbara for having the courage to do so and even more for allowing her poem to be published.  I wrote a poem about the fate of my grandparents at the hands of the Nazis that I still have trouble reading.  Those interested may find it here:  http://eretzsongs.blogspot.com/2016/04/songs-of-eretz-special-feature-free-by.html.

Comments by Contest Judge Caryn Mirriam-Goldberg, PhD:  I agree with the poet about how potent the image of bone and teeth is, and I found the poem very smart in making that image central. I was also drawn to the unusual and evocative line breaks, such as ending the first two lines with “stops” and “not.” What stood out the most was “their teeth laughing,/ their bones holding hands” because of how this spectacular image shows both the remains and the life once so fleshed out – in fact, these two lines are some of the strongest I've read in work about the Holocaust and other genocides. Naming those murdered is also very effective in making even more real the overwhelming loss. At the same time, ending on the image of them sitting around the table in the mountains -- “in the distance” -- is a potent way to pay tribute to their legacies.
Posted by Steven Wittenberg Gordon, MD at 9:12 AM