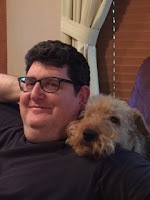 A first grade teacher at Patsy Sommer Elementary in Austin, Texas is currently teaching her class of six and seven-year-olds about poetry and wanted a poet to address the class, presumably to make the study of poetry more interesting. Through a lead on LinkedIn, I learned of this opportunity, which was facilitated by a company called Nepris. I began composing poetry right around six years of age, so I thought the timing was perfect.

Nepris provided all of the tech needed to bring me into the classroom. I was able to "share" with the class things I was typing on my computer screen, which the children could see in real time. I could see all of them, and they could see me. This is the first time I have every used technology in this way, which is commonplace now, but for me it felt like science fiction.

I had fun teaching the children about haiku, acrostics, shape poems, and free verse. I took a chance and made up poems on the spot from words suggested by the students, so the students could see the way I craft various poems. I was certainly in the hot seat and a bit nervous, but the poems came out just fine, and the children were really engaged!

As an incentive, I offered to publish in Songs of Eretz the teacher's pick of three poems that her class composes.  I hope she takes me up on the offer, as the children sounded really enthusiastic at the prospect!  If she does, I will publish the children's poems as a special feature.

Email ThisBlogThis!Share to TwitterShare to FacebookShare to Pinterest
Labels: Announcements