“No Denying It” by Karla Linn Merrifield

Merrifield is a National Park Artist-in-Residence who has had more than 500 of her poems appear in dozens of journals and anthologies. She has twelve books to her credit, the newest of which is Bunchberries, More Poems of Canada, a sequel to Godwit:  Poems of Canada (FootHills), which received the Eiseman Award for Poetry. She is assistant editor and poetry book reviewer for The Centrifugal Eye, a member of the board of directors of Just Poets (Rochester, NY), and a member of the New Mexico State Poetry Society and the Florida State Poetry Society.  Visit her at http://karlalinn.blogspot.com. 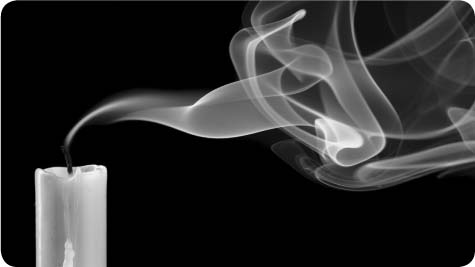 No Denying It
Karla Linn Merrifield

an old man,
you spoke to me of the whittling away of pleasures
and I heard the knife hiss of ebbing life
at the end of his sentence
as you enunciated the fearful truth
of your recent discovery in the full moon light
of vernal equinox        your last one?
even as we sat outside, rocking, listening to the rasping bodies
of salamanders quickening with spring
we heard death rattling in winter’s fallen leaf litter     we glimpsed something
of your shadow that limped toward me leaning into a cane
gasping for breath
I said nothing     cast no syllables into the future
of the season’s turning
but a soft kiss floated to the veranda floor     a final sliver
of pleasure
like a shaving whittled away      and silent

Poet’s Notes:  “No Denying It” conveys a painful emotional truth based on an autobiographical moment of epiphany. Details such as the salamanders’ rasping bodies, the moonlight, and the walking cane ground the poem in the present, all the while the poem strains toward a grim future.

I am the speaker, and “you” was my beloved friend and fellow poet Beau Cutts (former Georgia Poet of the Year), whom I witnessed that night in severe pain to the point of near immobility, his fine mind muddled by strong pain killers, his voice weak and thready. I intended for irony to add to the sense of loss both Beau and me recognized that night; even as spring comes with its renewal of life, death haunts the scene with its rattle.  That autumn, short of the equinox, Beau’s life ended, and the imagined loss was reified.

I count “No Denying It” as one of the saddest poems I’ve written, but also one of the most triumphant in that I was able to pay tribute to my friend before his death, and he knew it. The poem became yet another final sliver of pleasure in his abbreviated life, our truncated affection.

Editor’s Note:  I enjoy the mood created in this poem as it captures several magical moments.  The word painting is wonderful, evoking wood shavings as they are whittled.  The final image is simply breathtaking.

Comments by Contest Judge Caryn Mirriam-Goldberg, PhD:  This poem is powerful not just because of its subject matter but because of how the poet uses space, rhythm (which both the condensed way the poem is put together and the space between phrases helps build), and imagery. Some lines -- such as “cast no syllables into the future” and “listening to the rasping bodies/ of salamanders...” -- are especially strong and original. The subject matter of this poem is also deeply touching, and it is sure to speak to many of us close to those with “ebbing life.”
Posted by Steven Wittenberg Gordon, MD at 12:39 PM