"Get a Real Dog" by Sylvia Cavanaugh

Cavanaugh has an MS in Urban Planning from the University of Wisconsin.  She teaches high school African and Asian cultural studies and advises break-dancers and poets. She and her students are actively involved in the Sheboygan chapter of 100,000 Poets for Change.

In addition to previous appearance in Songs of Eretz http://eretzsongs.blogspot.com/search?q=Cavanaugh+, Cavanaugh’s poems have appeared in: An Arial Anthology, Gyroscope Review, The Journal of Creative Geography, Midwest Review, Stoneboat Literary Journal, and elsewhere.  She is a contributing editor for Verse-Virtual: An Online Community Journal of Poetry.  Finishing Lines Press published her chapbook, Staring Through My Eyes.  Cavanaugh is originally from Pennsylvania. 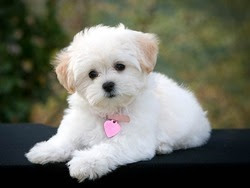 Get a Real Dog
Sylvia Cavanaugh 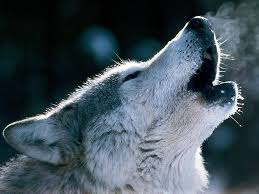 Rhinestone collar, fluffy white fur and
this voice of mine may render me ridiculous, but I
was once whelp of the she-wolf, and grayly I cry
for the old brooding blood moon at
night. I may no longer run with the
pack and perhaps I confound you with an uncertainty
of gender, but this royal blue Nerf ball of
yours, I will rip to bits under a hail of tiny rainbows.

Poet’s Notes:  My best friend from childhood died an early death.  He was always small for his age and took lessons in twirling baton.  He used to twirl it fast on the playground and dazzled us with the shining and whirling flash at the end of his arm.  As a result of his size and hobby, the other boys sometimes teased him mercilessly. He also became my defender and one true friend, as “mean girls” in sixth grade socially savaged me.

I have always been a dog lover and am annoyed when people say, “get a real dog,” when they see someone walking a small dog.  I have seen small dogs show remarkable courage and “big dog” attitude.  Once I even saw a white fluffy dog with a rhinestone collar take someone's Nerf ball and rip it to shreds at the beach.  It was both shocking and amusing.

I chose to write this poem using the Golden Shovel form.  Each line ends with a word from the quote in sequential order. I chose the line from Irish poet Eileen Carney Hulme, because the image of the rainbow is associated with gay pride, and I like the idea of uncertainty. The poem is a tribute to my friend and to small dogs that are misunderstood.

Editor’s Note:  I enjoy the way Sylvia uses personification here and the way she has captured what is perhaps the meaning behind certain canine behaviors.  The narrative has just the right blend of seriousness and humor.  Lana the Poetry Dog agrees.

Comments by Contest Judge Caryn Mirriam-Goldberg, PhD:  I found the poet's notes especially moving, and if the poet hasn't yet written more directly of his best childhood friend, I encourage him/her* to do so because it sounds like the poet has a lot to say here. I also appreciated how the poet played with a unique form. I loved the final image, especially “a hail of tiny rainbows,” and how it echoed back to the rhinestone collar in the beginning. There's a lot of unique juxtapositions in this poem book, from Nerf balls to the blood moon.

*Contest judging is done blind, so Caryn did not know the name or even the sex of the poet when she made these comments.


--The Editor
Posted by Steven Wittenberg Gordon, MD at 9:57 AM