TO ADD YOUR VOICE TO THE SONGS OF ERETZ, CLICK HERE:  http://kck.st/1kJ4mJw 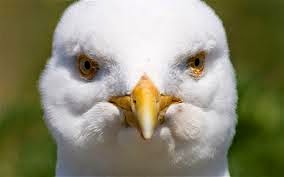 Dear Friends of Eretz,
Songs of Eretz Poetry E-zine has been in e-circulation for just over one year.  The e-zine receives about 100 submissions per month. So, Songs of Eretz Poetry E-zine is already what most economists would call "a success" and "a proven entity."
What makes Songs of Eretz Poetry E-zine unique is that it features the poet as much as it does the poetry.  Each poem is thoughtfully paired with a graphic and accompanied by the poet's bio (unlimited text), the poet's notes (unlimited text), and an editor's note.  In contrast, the vast majority of poetry venues include nothing more than poems and bylines, perhaps accompanied by a brief bio.  Some might include more for one featured poet per issue.  In Songs of Eretz, every poet is a "featured" poet.
To date, all funding for production of the e-zine has come right out of my-- the editor's--pocket.  That's getting kind of old.  So, I'm asking for your help.
My goal is to raise $900.  $900 represents the cost of using Kickstarter, credit card fees, plus the cost of producing the e-zine for about one year (four issues per year).  Any excess funds raised will be used to extend the longevity of the e-zine, increase the honoraria paid to the poet contributors, and/or to increase the number of poems presented in each issue.
Finally, a note about the reward incentives:  It would be wonderful to offer tee shirts, tea cups, tea hats, tea pens, and other solid objects as incentives to donate.  However, the cost of offering such items would have to come out of the funds to be used to provide honoraria for the poet contributors and to support the e-zine.  Instead, incentives include the intangible rewards of:  recognition, exposure, literary criticism, and the editor's personal time and attention.  Such incentives are more in harmony with the mission of Songs of Eretz, which is:  to provide a good publishing venue for the good poetry of good poets, to recognize the contribution of each poet with an appropriate honorarium, and to attract the widest possible readership for the poets by offering access to the e-zine free of charge.
Add your voice:  http://kck.st/1kJ4mJw.
Kind regards,
Steven Wittenberg Gordon, Editor
PS:  Poet Marge Simon has generously offered to donate a limited number of copies of her award-winning poetry collections as an additional incentive for early donors.  Thank you, Marge!
Posted by Steven Wittenberg Gordon, MD at 7:54 PM