Poem of the Day: "A Love Song" by William Carlos Williams 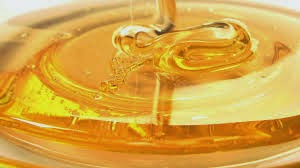 The Songs of Eretz Poem of the Day for August 10, 2014 is "A Love Song" by William Carlos Williams, Poet of the Month.  The poem first appeared in Poems in 1916.  The text of the poem may be found here:  http://www.poetryfoundation.org/poem/241066.  An audio recording by the poet of a shorter version of the poem may be found here:  https://media.sas.upenn.edu/pennsound/authors/Williams-WC/02_Library-of-Congress_05-05-45/Williams-WC_12_Love-Song_Library-of-Congress_05-05-45.mp3.  A brief biography of Williams and references may be found here:  http://eretzsongs.blogspot.com/2014/08/the-songs-of-eretz-poet-of-month-for.html.

The form of "A Love Song" is interesting in that it was composed during Williams' Imagist phase, but already hints of his signature "variable foot" may be seen.  The subject of the poem is an old one, perhaps the oldest one, and it does not mock or add much to the words that poets have sung to their lovers from time eternal until the present day.  After all, who has not, at least at times, called his or her lover "honey?"

One image is worth highlighting--that of the yellow juxtaposed against a purple sky.  According to color theory, yellow and purple are complimentary colors, each one acting to bring out the best qualities of the other; true lovers may compliment each other in an analogous manner.
Posted by Steven Wittenberg Gordon, MD at 1:39 PM