Poem of the Day: "Complete Destruction" by William Carlos Williams, Poet of the Month

The Songs of Eretz Poem of the Day for August 15, 2014 is "Complete Destruction" by William Carlos Williams, Poet of the Month.  The poem was first published in Sour Grapes: A Book of Poems in 1921 http://www.bachlund.org/Complete_Destruction.htm.  It is in the public domain and therefore legally reprinted here.  A brief biography of Williams and references may be found here:  http://eretzsongs.blogspot.com/2014/08/the-songs-of-eretz-poet-of-month-for.html. 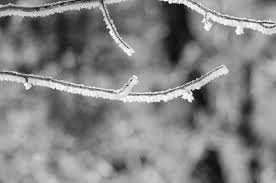 It was an icy day.
We buried the cat,
then took her box
and set fire to it
in the back yard.
Those fleas that escaped
earth and fire
died by the cold.

There are three iambic feet in the first line, a complete sentence, ending in a period.  This sets the scene.  The following sentence, comprised of four lines each containing two metric feet, moves with a staccato rapidity.  The final sentence, comprised of three lines each containing two metric feet, moves the poem in a similar manner to its rapid conclusion:  the death of the family cat, the burning of the cat's box, and finally the death of all of the fleas that once lived off the cat--total destruction.
Posted by Steven Wittenberg Gordon, MD at 3:39 PM