Poem of the Day: "To Elsie" by William Carlos Williams, Poet of the Month 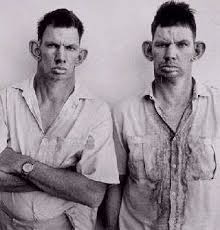 The Songs of Eretz Poem of the Day for August 4, 2014 is "To Elsie" by William Carlos Williams, Poet of the Month, originally published in The Collected Poems of William Carlos Williams, Volume I, 1909 - 1939, edited by Christopher MacGowan.  The text of the poem, as well as an audio recording of it by the poet, may be found here:  http://www.poetryfoundation.org/poem/175785.  A brief biography of Williams and references may be found here:  http://eretzsongs.blogspot.com/2014/08/the-songs-of-eretz-poet-of-month-for.html.

Williams was famous for his invention and use of the "variable foot," a concept that he never clearly defined, but which is apparent in the free-form structure of "To Elsie."  A rather pessimistic poem, "To Elsie" shows through numerous examples how all things that are natural to American culture are uncouth, degrading, filthy, and without purpose.  The only exception may be an "Elsie," a girl with Indian (Native American) blood, reared (possibly a pun, given the preceding descriptions of filth and promiscuity) by the state, and given to work in her teens for a doctor's family (such as Williams' own)--although such an "Elsie" would be lusted after and degraded even in this most ideal of settings.
Posted by Steven Wittenberg Gordon, MD at 12:25 PM