Poem of the Day: "The Great Figure" by William Carlos Williams, Poet of the Month 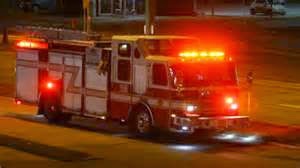 It is interesting that "The Great Figure," which was copyrighted a year before William's death, harkens back to his Imagist days of half a century earlier.  The signature variable foot of his post-Imagist days is not seen here.  The poet may have been being playful with the title which evokes a great man or curvy woman instead of the crisp image of a fire engine racing through the rain.
Posted by Steven Wittenberg Gordon, MD at 11:20 AM