Poem of the Day: "Between Walls" by William Carlos Williams, Poet of the Month 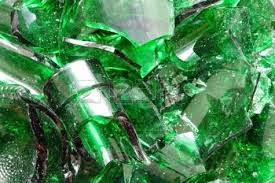 The Songs of Eretz Poem of the Day for August 3, 2014 is "Between Walls" by William Carlos Williams, Poet of the Month, originally published in The Collected Poems of William Carlos Williams, Volume I, 1909 - 1939, edited by Christopher MacGowan.  The text of the poem may be found here:  http://www.poetryfoundation.org/poem/180087.  A brief biography of Williams and references may be found here:  http://eretzsongs.blogspot.com/2014/08/the-songs-of-eretz-poet-of-month-for.html.

Williams was an early proponent of the Imagist Movement, and "Between Walls" reflects the quick, sharp imagery, and direct use of the minimal number of words to achieve the image.  The poem is only twenty-four words in length, including the title which also serves as the first two words of the poem.

It was (and probably still is) a common practice for workmen to discard trash in between the walls of buildings that are under construction.  Here, the image of a broken, green glass bottle should materialize in the mind as the poem is read.  This green, the color of life, is juxtaposed against the setting of the space "between walls," a space "…where / nothing / will grow…," and that is part of a hospital whose purpose is to preserve life and to bring life into the world (Dr. Williams delivered thousands of babies in his career as a physician).
Posted by Steven Wittenberg Gordon, MD at 6:51 PM