Poem of the Day: "Still I Rise" by Maya Angelou 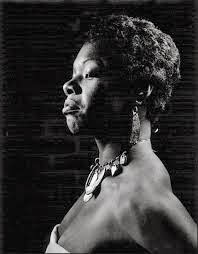 "Still I Rise" is organized as a ballad with end-rhymes every other line and a refrain of some variation on "I rise."  The "you" in the poem represents all of the bigots whom she proved wrong by her very existence.  The poem deliciously drips the confidence and swagger for which the poet was known.
Posted by Steven Wittenberg Gordon, MD at 5:40 PM