Poem of the Day: "Dawning of the Dark" by John C. Mannone 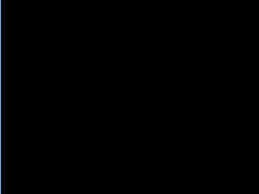 "Dawning of the Dark" by John C. Mannone is the Songs of Eretz Poem of the Day for May 11, 2014. A link to the poem, as it appeared in Poetry Pacific, may be found here:  http://poetrypacific.blogspot.com/2012/11/solicited-poems-by-john-c-mannone.html.  Another of Mr. Mannone's poems appeared in the premier issue of Songs of Eretz Poetry E-zine.  That poem as well as a brief bio of the poet may be found there:  http://eretzsongs.blogspot.com/p/e-zine_4.html.

Much good stuff is concentrated in the five short lines of "Dawning of the Dark."  There are two lovely and thought-provoking conceits:  that of dawn as a door, and that of darkness as something more pure and beautiful than light.  The poet's use of alliteration in the title continues into the first line, giving the beginning of the poem an ancient nordic feel.  The unusual use of "dawn" at first jars, but then forces the reader to delve deeper.
Posted by Steven Wittenberg Gordon, MD at 12:36 AM