Poem of the Day: "the explorer" by Ross Balcom

Editor's Note:  Not infrequently, I receive strong submissions to Songs of Eretz Poetry E-zine that either just miss my first cut for consideration for publication or that, while good poems, are just not a good fit for the e-zine for any number of reasons.  Rather than just let these good poems go, I am now offering to publish some of them in the daily Poetry Review, beginning with "the explorer" by Ross Balcom, the Songs of Eretz Poem of the Day for May 13, 2014.  "the explorer" was first published in the March 2014 issue of inkscrawl. 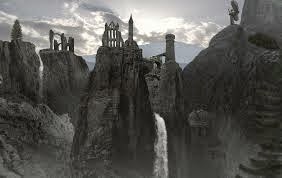 Ross Balcom is a counselor and frequent contributor to Songs of Eretz Poetry E-zine.  His poems have appeared in Beyond Centauri, inkscrawl, Scifaikuest, Star*Line, Tigershark, and other publications.  In addition to poetry, his interests include parapsychology, hypnosis, and neuro-linguistic programming (NLP).  He lives in southern California.

Some say "home is where you hang your hat," but Mr. Balcom knows the truth of the matter:  "home is where your heart is."  A certain longing or yearning is evoked as the meaning of his poem is contemplated.  "the explorer" has all of the features of a good tanka--each word plays its part, and the poem is elegant, balanced, and thought provoking--simple yet profound.
Posted by Steven Wittenberg Gordon, MD at 10:34 AM