Review of "Why is Quiet 'Kept'"? by Paul Hoover

Paul Hoover (b. 1946) is a teacher at San Francisco State University.  He has published over twelve collections of poetry, including numerous translations.  He is the recipient of many awards and honors, including the PEN/USA Translation Award,  and a fellowship from the National Endowment of the Arts.  Additional biographical information may be found here:  http://www.poetryfoundation.org/bio/paul-hoover. 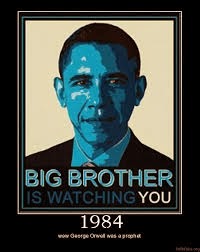 The poem is arranged in thirty-two lines of free verse divided into ten irregular stanzas.  The poem begins with a reference to "they," presumably not the poet or the reader.  The second and third stanzas refer to "we," presumably the poet and those readers perceptive enough to follow the poet's train of thought.

In the fourth stanza, the speaker appears to lose his train of thought.  Instead of continuing the intellectual conceit of the previous stanzas, he engages in a playful word association game.

The fifth and sixth stanzas at first appear to be continuing the playfulness of the fourth.  However, the words may be a warning about the federal government's infringements upon free speech and the use of drones to spy on the citizenry.

The seventh, eighth, and ninth stanzas return to the playfulness of the fourth, perhaps in a effort to bury the dangerous message of the fifth and sixth stanzas.  However, the final couplet may refer to the members of the liberal media who "walk the walk" and "talk the talk" of the fascist federal government, "blackening the day with news."
Posted by Steven Wittenberg Gordon, MD at 6:49 PM