"Imagine" by Kamilah Aisha Moon was offered by Poets.org's Poem-A-Day on February 3, 2014.  A link to the poem, including the poet's notes, may be found here:

Kamilah Aisha Moon's poetry has been published in many distinguished journals.  She once held teaching positions at Medgar Evers College--CUNY, Drew University, and Adelphi University.  Additional biographical information may be found here:  http://www.kamilahaishamoon.org/bio.php.

The poem begins with a quote from W. S. Merwin.  William Stanley Merwin (b. 1927) (pictured) is an American poet, prose writer, dramatist, and prolific translator of poetry.  A practicing Buddhist, he lives on a pineapple plantation in Hawaii that he has painstakingly restored to its natural state.  A central theme of his poetry is the danger of mankind's separation from and lack of empathy with nature.  Additional biographical information about Merwin may be found here:  http://www.poetryfoundation.org/bio/w-s-merwin.

"Imagine" is about the death of a little "brown" girl and how her death puts a chill over the Christmas celebration of her surviving family.  More importantly, as the final stanza reveals, the poem is about the lack of empathy or even sympathy of the world at large over the death of the little girl.  The poet seems to be saying that race is a factor in the world's ambivalence. 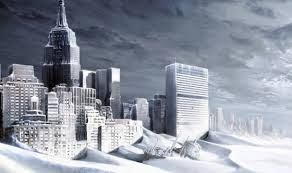 Snow is used in this poem in several interesting ways.  Its use weaves coldness throughout the poem--literally as in winter snow, and figuratively as in coldness toward the death of the child as well as the chill casting a pall on the Christmas celebration.  Snow is also used as a kind of whitewash which makes the snow covered wealthy sections of town appear the same as the poor sections after a blizzard--a racial metaphor may be in play here as well.
Posted by Steven Wittenberg Gordon, MD at 9:11 AM