He lights on the top rail 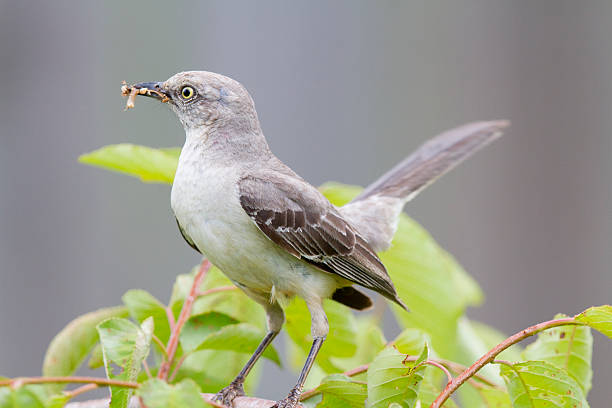 of the McDonald’s playground fence.
I eat my hotcake platter
and sip on coffee . . .
I stare out at him,
while he stares in
at me.
Holding a swirling worm in his beak,
he, with the swiftness of his species,
flies to the top of a large yellow sign—
“Eat One Of Our Juicy Sandwiches.”
An elderly man— wearing white moccasins,
whose head has grown out
through the top of his hair—
sits at the booth in front of me,
absorbed by a hungry fly
eating biscuit crumbs.
Though a “far-out" morning,
and a little weird . . .
who would question the sanity
of a poet whose thoughts . . . rise like coffee vapor,
then settle on the significance
of a mocking bird’s swirling breakfast?

Poets Notes:  I composed this poem one of those mornings when something was cooking—boiling-up from deep within me.  I gave it life and delivered it in poetry.

Editor's Note:  I allowed the poet the poetic license to use "Mocking Bird" instead of "Mockingbird" for the title.  After all, the bird described seems to be "mocking" the restaurant's sandwiches--hence, it is a bird that mocks.
Posted by Steven Wittenberg Gordon, MD at 7:27 AM