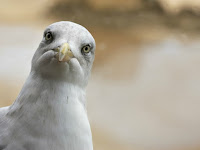 The back cover of the Science Fiction Poetry Association (SFPA) anthology Dwarf Stars 2015 boasts that contained within it is "the best very short speculative poetry of the prior year."  Mr. Amen's introduction promises "an impressive range of voices and content."  The inside cover explains that the anthology is made up of a selection of poems of ten lines or less (presumably selected by the editor) nominated by the members of the SFPA, and that one of the poems will be voted by the membership to receive the Dwarf Stars Award.

This is not to say that there are not any good poems in the publication.  I found about half a dozen memorable scifaiku, a few thought-provoking science fiction pieces, and even three poems with a little humor in them that made me smile.  However, the chapbook (let's call it what it is, shall we?) did not live up to my expectations nor to its own self proclaimed hype.

The reasons for my disappointment with the chapbook may stem from the facts that membership in the SFPA is small--only about 200 members only a fraction of whom are active--and, more importantly, based on interest rather than merit.  Unlike the Science Fiction & Fantasy Writers of America (SFWA), which extends the honor and privilege of membership only to those authors who have proven themselves worthy by being paid for their work by a certain number of recognized professional venues, the SFPA requires only a paid membership fee of $30 to join.