Poem of the Day: “Wedding Song” by Herb Kauderer

Songs of Eretz Poetry Review is pleased to present “Wedding Song” by Herb Kauderer.  Mr. Kauderer flunked out of college rather spectacularly and became trapped in a dead-end job as a Teamster. He worked primarily in a factory, though he has driven tractor-trailers on the thruway a few times, an experience which he cites as a major adrenaline rush, but not of the good kind.  While in the factory, he started writing and marketing poetry. To date, he has sold about a thousand poems, eight chapbooks, two-dozen stories, and coauthored a play and a super low-budget indie film.

He eventually went back to college, graduating from Buffalo State with honors and obtaining an MFA in creative writing from Goddard College.  He retired from the Teamsters after twenty years and a month, and is currently an associate professor of English at Hilbert College.

The few of us 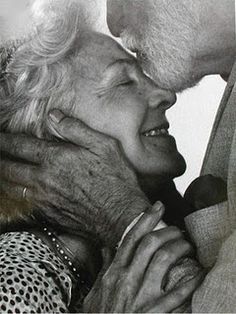 who knew each other
gathered
& drank & joked
mostly at the DJ
who was trying much too hard
to get everyone to dance.

The hall was fabulous
& the wedding party
more beautiful than most.

We were admiring
all the good taste
in etiquette & display
when a fine & schmaltzy love song
filled the dance floor
with clutching couples,
including some of us.

As the song went on
the crowd thinned & spread
& I noticed a special couple
off to one side of the floor.

She was young & short & fat,
bloated really,
especially in her face.
Her eyes seemed to look across miles
just to see past her cheeks.

And she was balding.

She looked like every woman
I’d ever known
who’d been struck with cancer
& formed by radiation treatments.

He
was almost as short
but skinny

& his hair was receding
rather than thinning away.

Sharp bones argued
with the lines
of a good suit

& his face seemed better built
for a grin.
The smile it wore
was tight with pain.

But he was handsome
in a pale & nervous way.

As the music played on
they hugged so fiercely
everyone else faded away.

They were dancing alone.
& when she held his angular face
tightly in her hands

“I can’t ask for more
than to love somebody
need somebody
have somebody
like I have you.”
those overworked words
were truer
than anything the rest of us
could ever hope to say.

it completed a bond
the rest of us
could not know.

And we watched,
enviously.

And we prayed
that would never be us.

And we sat
because we had no damned business
on their dance floor.

But together
they shamed
every beautiful thing in the room
into dullness & insignificance.

And the DJ never could
get the crowd to dance
again.

Poet’s Notes:  In his poem, “The Rutabaga Poet”, Canadian David Clink wrote, “poetry is about the beginning & end of things—with the poet in the middle”.  I have never felt that more strongly than writing “Wedding Song”.  I was attending a wedding held at the posh Rich Renaissance on Niagara Atrium in Buffalo, New York and I saw the flow of the crowd swirling around me, the defeat of the disc jockey, and the couple at the heart of the poem.

It is the only poem I actually wrote on a napkin, as I am usually diligent in having scrap paper at hand.  I took some time revising it and fleshing it out.  It was a departure from my normal style and content of writing.  Balancing the inherent sentimentality with the details and realism of the moment was challenging.

In the end, I had a poem that pleased me and pleased a lot of editors, who told me how wonderful it was and how disappointed they were that they were not buying it.  The poem became popular at readings to the point that I have heard other poets reading it.  And, despite a large file of rejections slips, it also collected a few print publications and now a high-profile electronic publication.  I’m grateful for that.

Editor’s Note:  There is a powerful message in this poem about the transcendent beauty of true love.  Shakespeare offered essentially the same message in Romeo & Juliet, but could the greatest poet of all time have done as well as Kauderer does here if Romeo and Juliet had lived into decrepit old age instead of being killed in the flower of their youth and at the height of their forbidden, romantic love affair?