Poem of the Day: “In Reverse, We Do Not Die” by Kris Rhodes

Songs of Eretz Poetry Review is pleased to present “In Reverse, We Do Not Die” by Kris Rhodes.  Mr. Rhodes is a philosophy professor residing in Indianapolis. His poems have been featured at poetrycircle.org. 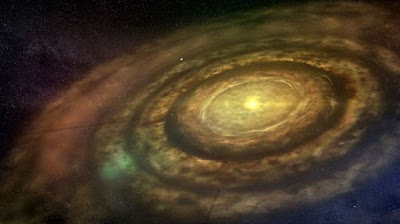 In Reverse, We Do Not Die
Kris Rhodes

In reverse, we do not die.
We coalesce.  From dust
to mud to flesh.

A thousand bits of ghost
collapse—to fuel
a sudden breath.

Poet’s Notes:  This poem was written almost ten years ago. I tried to write it so as to appear (but only appear) to find a kind of hope in death. I say “only appear to find,” because, of course, any hope found in the way illustrated in the poem is, ultimately, hopeless--resting as it does on an impossibility.

Editor’s Note:  I like the way the poet plays with time here.
Posted by Steven Wittenberg Gordon, MD at 6:42 AM