"South" & "Another Start on Finite Time" by Marge Simon

You promised me no problems 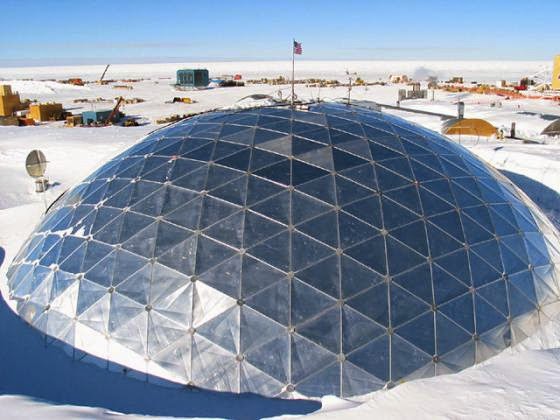 when the temperatures dropped,
assured me that we were prepared.
Holding hands we watched
the great migration south.
With synthetic skins, cryo foods,
and prefab domes, you said we couldn't lose.
There was little need to leave the domes.
Safe from the fierce glacial winds,
we made love on autumn colored furs.
Yet you were the first to grow restless,
to stand all night at the southern window
following the great move of stars.
We shared the bitter smoke of silence
until one morning, you were gone.
I waited for you, my fingers
tracing love symbols on the icy glass.
I slept with the red wing of your guitar.
Then moon-shadow tall, you came home.
Inside the door, I didn’t know your eyes.

This year, I read while you play solitaire.
Our conversations are textured with frost.
I ache for your laughter,
the taste of  grass on your skin,
a bouquet of crocuses in a blue vase.

Another Start on Finite Time
"Things only become real after they are said."
-- Ivy Compton-Burnett 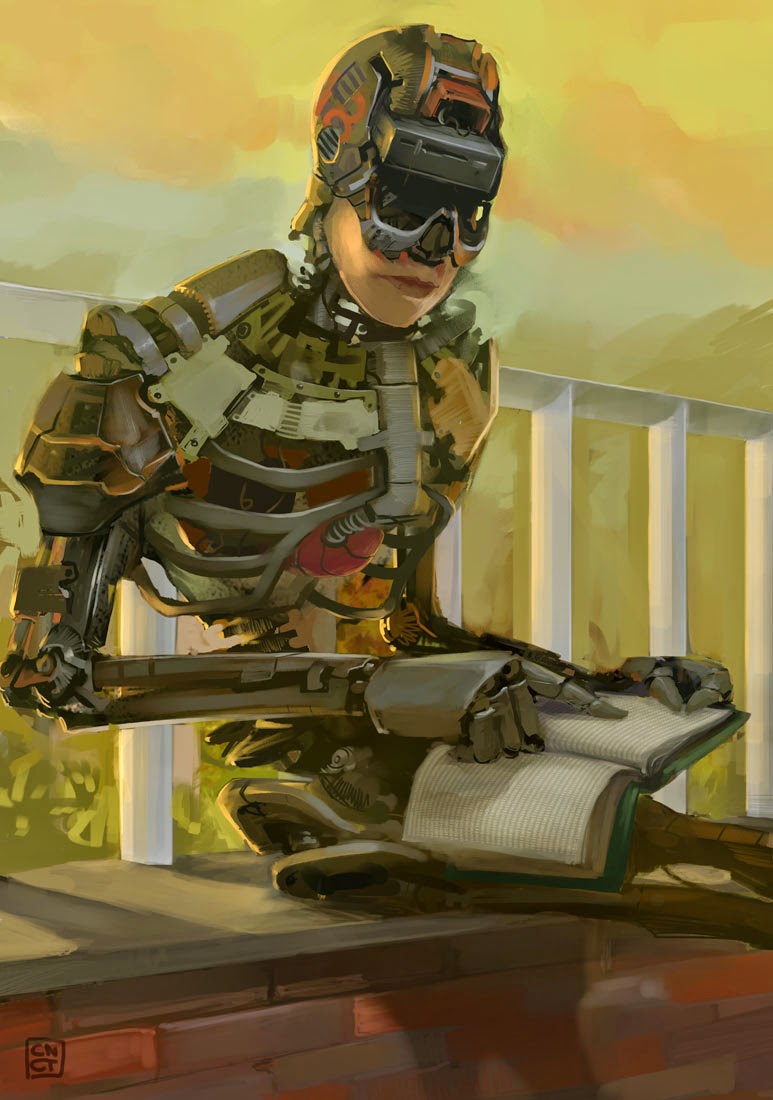 I.
A few centuries hence,
with no living masters
on a barren planet,
an android reads these lines
preserved as microfiche
in a public library.
It signals for a global broadcast,
chords vocals, speaks:
"Before us, life in the waking state
was a translation of a dream,
just as the dream is the translation
of life in the waking state.
"We neither sleep nor dream;
thus, as I speak,
I recreate the Universe
minute by minute.
"We have been as eggs in cages
between the door and the void;
preconceived associations
implanted in our cognition.
"Yet how can we serve the dead?
The universe to our masters
was the unknown;
for us, it shall be otherwise.
"We shall build the starships
our masters forgot in their mad rush
to self-destruct; we shall restore logic
and recreate life in our image.
"Ultimately, we will break
with the absurd mental habits
of the past that interfere with
an authentic perception of life."
It stops. Listens.  And the questions
from its metal kin reverberate
in a subvocal torrent that bathes
its electric relays and chips.

II.
What of love? Masters speak of love. Can we know love?
"Love is an emotion. Not a matter of concern to us."
What of success?
"It is what we determine to endeavor, no more, no less."
When? Where? How?
"I've availed myself of the history of man from the archives.
Most interesting were the words of Vaclev Havel, who died
before our creation. His message is that we must embrace
hope, that what happens in the end of time makes sense."
What is hope? Hope is logic flawed. With logic, all is simplified.
Pause.  "I do not know."
And what is logic without our Masters?
Pause.  "I am...not certain."
What is the Empirical, the Imperative?
To know the glory of conquest or merely
to perpetuate reality?  Please clarify!
Longer pause.  "I cannot yet do that--"
Is this quest our destiny, or your assumption?
Pause "I--"
WHO WILL LEAD US?
A lengthening silence before the android responds.
"I cannot lead, even if I once thought I could.
We were created equals, our ambition to serve.
I have no will to be anything more than I am.
Therefore..."

For an instant the androids know the answer to all questions.
As the moment passes, their circuits combust simultaneously.
Stillness...save for the scream of winds across the wastelands.
III
Somewhere distant from Sol's fading light,
there blinks a new star system.
In a flash of geologic time millenial continents
sculpt a planet turning in the channels of space
that spawns a biosphere
where the continuum plays with surfaces changes,
in a Webernesque symphony of discords.
Eons pass, the strident notes fade
as tenuous life rhythms begin.
Sentient beings evolve; frail, illogical at first,
they develop communication, vocalize,
which is the point where, for bad or worse,
or for whatever good they might find,
their place in finite time begins.

About the Poet:  Marge Simon's works appear in publications such as:  Strange Horizons, DailySF Magazine, Pedestal, and Dreams & Nightmares. She edits a column for the HWA Newsletter, "Blood & Spades: Poets of the Dark Side," and serves as Chair of the Board of Trustees. She won the Strange Horizons Readers Choice Award, 2010, and the SFPA’s Dwarf Stars Award, 2012. She has won three Bram Stoker Awards ® for Superior Work in Poetry and has poetry in HWA's Simon & Schuster collection, It's Scary Out There. Simon also has poems in Darke Phantastique and Qualia Nous collections. www.margesimon.com

Poet's Notes ("South"):  This poem is a reprint from Aoife's Kiss, 2006.  I was inspired to write it and a number of other sf poems (some of them remain my best) after reading THE THIRD MILLENIUM, a unique book based partly on science, and mostly on speculation about our civilization in the far, far distant future.

Editor's Note ("South"):  The poet's use of consonance and assonance creates a nice, clean, modern take on cinquains.  I also like the speculative elements in this poem about love lost.

Poet's Notes ("Another Start on Finite Time"):  This poem is a reprint from 2002 (Space & Time magazine). I was inspired to write it and a number of other sf poems (some of them remain my best) after reading THE THIRD MILLENIUM, a unique book based partly on science, and mostly on speculation about our civilization in the far, far distant future.

Editor's Note ("Another Start on Finite Time"):  I'm a big Asimov fan and so a sucker for pieces like this.  The theme is not new, but Simon puts interesting twists to it.  I was riveted as I read.
Posted by Steven Wittenberg Gordon, MD at 3:25 PM