Poem of the Day Double Feature: “Unmonstered” and “Letter to My Frozen Wife” by Robert Borski

Songs of Eretz Poetry Review is pleased to present “Unmonstered” and “Letter to My Frozen Wife” by Robert Borski.  Although his short stories have appeared in Analog and Fantasy & Science Fiction, and he's written two critical examinations of Gene Wolfe's fiction (Solar Labyrinth and The Long and the Short of It), Robert Borski did not start writing poetry until he was well into his sixth decade. Much to his surprise, he's had over two hundred poems published since then, a good portion of which have appeared in Asimov's, Dreams & Nightmares, Strange Horizons, and Star*Line, as well as a first collection from Dark Regions Press, Blood Wallah, and frequent appearances in the Songs of Eretz venues.  He has been nominated for the Rhysling Award ten times and the Dwarf Stars Award thrice. He still lives in Stevens Point, Wisconsin, the town of his birth, where he continues to toddle toward senility and works for the local university. 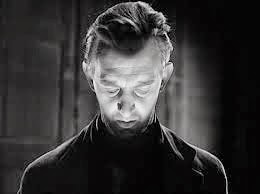 these, you claimed,
were your role models,

but unmonstered,
as I clamber down

from the cold slab
of your bed,

I feel no more transformed
than I did before 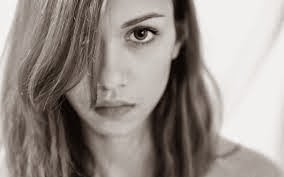 with a found inner golem

or Neanderthal other --
just a sad party girl

tear out his hair
and weeping

like the mad scientist
he never was nor will be.

Poet’s Notes:  Not so long ago, a woman I was mildly interested in dating asked me to write a poem about her, whereupon she would evaluate my date-worthiness. Things did not go so well after this point; perhaps it was the references to Eva Braun. At any rate, transmogrified in my imagination, the episode did prompt me to think about a similar request made by a similar woman, only not of some half-baked poet manqué this time, but a would-be mad scientist (not that there's always a difference).

Editor’s Note:  There is something universal in the message of this poem--a kind of song for all the failures who dare to keep dreaming (and the dreamers who dare to keep failing).  I love the word “unmonstered” that Borski has coined--his use of poetic license here is so much better than “untransformed” or “unchanged” would have been.  “Unmonstered” was first published in the April 2014 issue of Songs of Eretz Poetry E-zine. 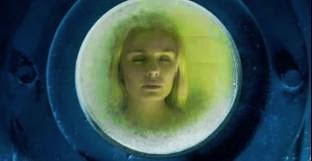 Not quite the color of wet sand,
or the pyramids at dusk, or even
the umber-headed sphinx (who
ate poets, but disdained painters
with their stained fingers), this
Renaissance compound was
comprised of nothing less than ground
up bits of old Egyptian mummies
dissolved in poppy seed oil.
The resulting pigment was a deep
brown of such astonishing warmth
and complexity that no painter
worth his salt would consider
using any other color to render
flesh tones. During plentiful years,
when dynasties of grave robbers
still ruled the Nilotic dunes, it was
also not uncommon to manufacture
paper from the linen bedclothes
of the natron-soaked dead. So think
about it. You're lying in extremis,
waiting for the golden boat of Ra
to carry you off on some sky-borne
river, and the next thing you know,
you're being cannibalized to paint
the grand duke's whorish mistress.

Persist in your dreams for a better
tomorrow if you must, my dear,
but this is why I will never willingly
join you in any sarcophagus of ice.

Poet’s Notes:  I've had enough reminders of my mortality over the years to wonder how I'd like the final disposition of my remains to go. Should I, for example, be buried in the family plot? Or should I strive for something more exotic--be frozen like Ted Williams or Walt Disney, or have my terminal ash compressed into some sort of blingy gem, or be rocketed into space? If only, like some latter day Cheops, I could have a pyramid built for me or better still be mummified. Then I could pretty much take it easy and enjoy the afterlife, at least until my soul was weighed in the final balance.

Editor’s Note:  So many different colors of pigments, paints, and Crayolas have interesting names (remember burnt umber?), so why not “mummy brown?”  I think Walt Whitman would have liked the concept of being “reborn” as a painting of a whore.  Nevertheless, this poem should make anyone think twice about cryogenics.  “Letter to My Frozen Wife” was first published in the April 2014 issue of Songs of Eretz Poetry E-zine.
Posted by Steven Wittenberg Gordon, MD at 11:38 AM