Poem of the Day: “Nemesis” by Richard King Perkins II

Songs of Eretz Poetry Review is pleased to present “Nemesis” by Richard King Perkins II.  Mr. Perkins is a state-sponsored advocate for residents in long-term care facilities.  He is a three-time Pushcart nominee and a Best of the Net nominee whose work has appeared in hundreds of publications including:  The Louisiana Review, Bluestem, Emrys Journal, Sierra Nevada Review, Roanoke Review, The Red Cedar Review, and The William and Mary Review. He has poems forthcoming in: Sobotka Literary Magazine, The Alembic, Old Red Kimono, and Milkfist. He was a recent finalist in: The Rash Awards, Sharkpack Alchemy, Writer’s Digest, and Bacopa Literary Review poetry contests.  Mr. Perkins resides in Crystal Lake, Illinois with his wife and daughter.

The last time I saw him —yesterday afternoon—
he was fully alive.
Sandaled, frenetic, mustachioed, scatter-brained; 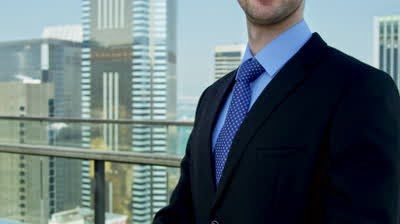 We could agree on nothing
except that each of us must be the protagonist
in our poorly-framed story.

Less than a day later and I’m trying,
somewhat unsuccessfully,
to think of kind things to say about this man
who I’m sure thought me as much of an idiot
as I did he.

After an uncomfortable amount of time,
I decide to say:
He certainly was passionate about the things he believed in.
To me, this seems fair enough
and I mention it to several mourning
co-workers throughout the day.

He believes in the truth of poetry
more than the honesty of people.
—Friend?

Almost too late,
my friend.

Poet’s Notes:  This poem is based on a relationship with a man with whom I often sparred professionally. We were seldom in agreement and typically opposed in our viewpoints and assessments. It wasn't until after his sudden demise that I began to see him in a much more complete way. Our rivalry seemed so insignificant compared to the totality of what his unique attributes offered to so many.

Editor’s Note:  Mr. Perkins does well with the set up to the surprise ending, walking the fine line between sentiment and sentimentality--no easy task.  He offers us a thought provoking if sobering piece with a theme that will resonate with many.
Posted by Steven Wittenberg Gordon, MD at 11:52 AM