Poem of the Day: "My heart leaps up" and "Ode: Intimations of Immortality from Recollections of Early Childhood, Part I" by William Wordsworth, Poet of the Month

The Songs of Eretz Poem of the Day for June 20, 2014 is "My heart leaps up" by William Wordsworth, Poet of the Month.  The last three lines of this poem served Wordsworth as a prelude to his "Ode:  Intimations of Immortality from Recollections of Early Childhood," a poem in eleven numbered parts, the first part of which will be presented today.  The division into parts will follow the scheme of Seamus Heaney in his The Essential Wordsworth anthology.   The remaining parts will be presented one each day until the end of the month, and that will conclude our survey of the "essential" poetry of William Wordsworth.  Information about the Songs of Eretz Poet of the Month feature as well as a biographical essay about William Wordsworth may be found here:  http://www.eretzsongs.blogspot.com/2014/06/songs-of-eretz-poetry-review-poet-of.html.

My heart leaps up 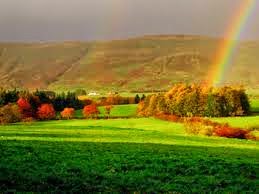 My heart leaps up when I behold
A rainbow in the sky:
So was it when my life began;
So is it now I am a man;
So be it when I shall grow old,
Or let me die!
The Child is father of the Man;
And I could wish my days to be
Bound each to each by natural piety.

Ode:  Intimations of Immortality from Recollections of Early Childhood, Part I 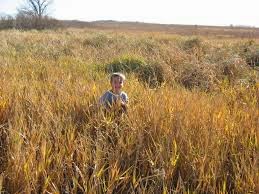 There was a time when meadow, grove, and stream,
The earth, and every common sight
To me did seem
Apparelled in celestial light,
The glory and the freshness of a dream.
It is not now as it hath been of yore;--
Turn wheresoe’er I may,
By night or day,
The things which I have seen I now can see no more.

In "My heart leaps up," Wordsworth's concept of time as a continuous stream--forward and backward looking--is demonstrated.  He uses the phenomena of the natural world--in this case a rainbow--as a path upon which his memory rides.

In Part I of his "Recollections," Wordsworth reminds us that each moment of our lives, once lived, will never come again--that each moment is precious.  Memories from childhood become idealized, and the thrill inspired by the natural world will not be the same once the worries of adult life weigh one down.