Poem of the Day: "Animal Tranquility and Decay" by William Wordsworth, Poet of the Month

The Songs of Eretz Poem of the Day for June 3, 2014 is "Animal Tranquility and Decay" by William Wordsworth, Poet of the Month.  Additional information about the Poet of the Month feature as well as a biographical essay about William Wordsworth may be found here:  http://www.eretzsongs.blogspot.com/2014/06/songs-of-eretz-poetry-review-poet-of.html. 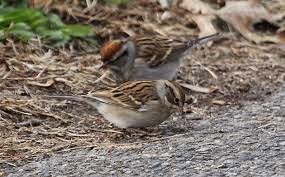 The little hedgerow birds,
That peck along the road, regard him not.
He travels on, and in his face, his step,
His gait, is one expression; every limb,
His look and bending figure, all bespeak
A man who does not move with pain, but moves
With thought. --He is insensibly subdued
To settled quiet: he is one by whom
All effort seems forgotten; one to whom
Long patience hath such mild composure given
That patience now doth seem a thing of which
He hath no need. He is by nature led
To peace so perfect, that the young behold
With envy what the Old Man hardly feels.

The poem is in the form of a sonnet in blank verse (with the exception of the first line which lacks two iambs).  There are no stanza breaks, nor does the sonnet take the traditional Shakespearean 4-4-4-2 or the Italian 8-6 form.  Assonance and consonance is used throughout, that allows, as Mr. Heaney points out in his introduction to The Essential Wordsworth, an "undersong of narcotic vowels and pliant consonants to take possession of the ear." [SH]

Here again we see Wordsworth's regard for the natural world and the peace which the appreciation of it may bring.  We also see, in the poem's opening line, that if a man is perfectly at peace with nature, then nature will be perfectly at peace with him.  Here we also see another common theme of Wordsworth's--that a robust physical condition results when the power of the mind and memory is disciplined to contemplate deeply the mystical beauty of nature. [SH]
Posted by Steven Wittenberg Gordon, MD at 6:01 PM