Poem of the Day: "Shamal Season" by Suad Ali 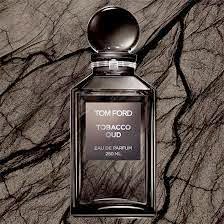 The poem is organized in thirteen, short, free verse couplets.  A definite sense of place is evoked--of somewhere in the middle east that was once grand but has fallen into ruin.  A sense of time as well as place is also apparent from the title and first line, as the shamal is a hot, dry, dusty wind that blows continuously across Iran, Iraq, and the Arabian peninsula every June and July http://www.britannica.com/EBchecked/topic/538191/shamal.

The poet uses olfactory metaphors to create a mixture of pleasant and unpleasant images of a once beautiful palace that has become nothing more than a hovel--a home for a poorly-paid servant and a host of giant ants.  The use of "oud" in the second stanza, an ingredient in perfume http://www.fragrantica.com/notes/Agarwood-Oud--114.html, foreshadows the reference to the smell of "expensive perfume" in the fourth.  Since it is doubtful that the poorly-paid servant is using expensive perfume, the smell is perhaps coming from the oud itself that, along with the aloe, is doing well despite the lack of rain--a small note of hope and happiness in an otherwise depressing scene.
Posted by Steven Wittenberg Gordon, MD at 9:51 AM